Whew!!! What a weekend!  This weekend, FatherWinter, Honeybee, and I had the great joy of celebrating SuperBug’s 8th birthday!  Yes, eight!  Where on earth did the time go?!  It seems like yesterday I was in the hospital about to delivery him and today, he is choosing outfits and making “cool” decisions.  Sigh, he’s still my SuperBug though.

SuperBug has been looking forward to his birthday.  He’s been reminding people about it for weeks.   He was ready to see what the day would bring.  Our family only host birthday parties for milestone birthdays, but make sure every birthday is special. At 8, it isn’t a milestone, but our making it special was a definite on the list :).

On Friday afternoon, with the permission of SuperBug’s teacher, I visited his school and deposited mini cupcakes and Capri-Suns to the birthday boy and his classmates.  His face upon walking through the door and seeing me sitting there with the sweet confections was priceless.  It’s one of the reasons I love being Mommy.
After singing “Happy Birthday” with his classmates and serving the birthday treats, I helped to clean up and then left the school to run home and put together a big surprise.  With the help of my mother in law, we put up a massive birthday banner, a really cool balloon, a birthday table cloth with birthday sparklies, and waited for Superbug to come home.
He walked through the door and talked about how happy he was that I came and how much he enjoyed the cupcakes.  Then, he went to work on his chores, completely missing the decorated room :).  Shortly thereafter, FatherWinter arrived and we allowed SuperBug to open one gift.  As you can see in the picture, he was thrilled to see that the gift was a tablet like his parents.  He’d been asking for one for quite some time and finally received the birthday wish from FatherPharaoh.

After the gift was opened and everyone settled, we left for SuperBug’s birthday dinner knowing that he had not yet seen the birthday decorations in the room and that we’d not surprised him with them. Traditionally, the birthday person gets to decide the meal and location.  This year, SuperBug decided he wanted to go to Chuck E. Cheese. This was a shock to us as he has only been a handful of times, but it was his birthday.

Before we left, we received a wonderful surprise as Superbug’s grandparents NanaBug and PapaBug stopped by with a card and birthday money!  SuperBug was very grateful and extremely excited that he now had money in his pocket and additional money to save!  After posing for a family photo with his grandparents, we were off.

At Chuck E. Cheese we ordered pizza, had a good time, and watched SuperBug enjoy the games and activities.  Chuck E. came out to wish everyone a great day and give tickets, so Superbug took a pic with him.  About 9:30, we decided we’d done all that we could do and returned home.

It was when we walked into the house and into the specially decorated room that SuperBug finally saw the transformed space.  Once again, a huge grin broke out on his face as he saw the additional gifts and the birthday cake.

After opening gifts, receiving a Happy Birthday song from us, and more money from Grandmother North, he was ready to call it an evening thinking the day was done….

Oh but on SATURDAY!!!  Superbug woke up to do chores as usual.  We all doing our routines of sweeping, dusting, and vacuuming before leaving the house.  Only this time, the destination was somewhere EPIC!!!!

We went to see Marvel Universe Live!!!!  Okay, if you are not familar with the Marvel characters, let me just say Hulk, Black Widow, Iron Man, Spiderman, Hulk, Thor, Hawkeye…..and the list goes on and on and on and on!  It was a great show where our heroes are forced to save the world after Loki (Thor’s brother) has created a device (which I will not name lest I give away too much) that has the potential to destroy the world and enslave all MANKIND!!!!!!  (insert gasps of horror here 🙂

It was awesome.  SuperBug and Honeybee (yes, we took her) were rapt with attention.  They enjoyed the special effects, the explosions, the stunts.  SuperBug thought it was fantastic and would definitely go again.  I was just pleased he enjoyed himself so much.

After the show was over, our day ended with Hibachi and laughter.  Overall, SuperBug had a great birthday and I was glad to see the smile on his face.  I am huge on birthdays and I’m pleased to know that Superbug was blessed to celebrate his. 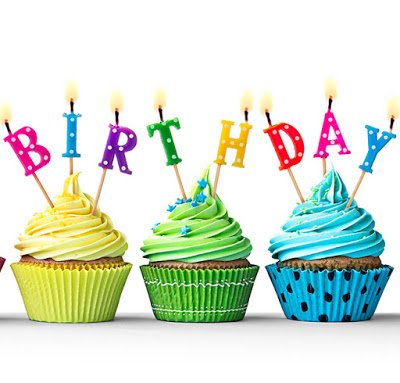 Birthday Recap: Life is Fine at 39

Of Birthdays, Of Reflection, Of Praise