Skip to Content
Home / daycare / Honeybee’s in daycare now and….

It. Was…Hard.  I can’t even pretend that it wasn’t.  I didn’t even remember it being this hard with Superbug, but oh this?  This was awful.  I got up early in the morning, made sure her little diaper bag was packed, and everything ready for her first day of daycare.  I went through the same motions that I do for my big boy.  I took pictures of her in her “first day” outfit.  I made sure she was full and happy and she looked up at me with those great big trusting eyes.  Sigh, I wasn’t ready.

I really was okay until I rang the bell to be allowed inside.  Inside I noticed the little girl with the toothless grin and runny nose and thought “oh no”.  I looked around at the cheerful walls and the bright decor and, though excited about it previously, I just thought….this isn’t home.  I was relieved that I knew the teachers and was familiar with the staff, but my very soul was trembling as I had to let go of my baby. SIGH!!!

She went willingly, without fuss or cry.  I went to the car and felt the lead ball in my stomach and the heavy gorilla on my chest and knew that I needed to hurry up and put the car in gear lest I run, grab her, and say let’s try again next week.  I made it a full two hours before I called and was assured she was okay, that she was eating impressively, and chewing on her pacifier. I wondered, after hanging up, what she was doing. Was she okay?  Did she know that Mommy was coming back?  Did she worry that she’d done something?

When I went to pick her up (albeit early with the convenience of SuperBug’s grading period teacher conference as an excuse), she was resting.  She was cranky as I woke her to place her in her carseat.  She smiled to see me and my heart relaxed, but she fought sleep fitfully that night.  I wondered if it was because of the day’s experiences.

The next day, she clutched my shirt as one child woke from sleep and started crying.  Another did the same, simply mimicking the other.  My HoneyBee looked at me and grabbed super tight as I tried to put her down.  It was heartbreaking for me.  I sat with her for a while until she was content to let go.  This time, the deadlines of the office allowed several hours to go past before I called the center.  She was fine, they said.  She was napping.  She’d eaten and wasn’t a fan of her bottle this day.  When I walked through the door to her on this evening, she was all smiles and huge bouncing grins.  She was so excited to see me and I was so excited to see her.

Yesterday was supposed to be the last day of the week for her until next week.  NanaWinter won’t be able to watch her, so she returned today. Oh, and after three days, she already has a runny nose (clear and only a little, but still ).  The great thing is she is still happy, still healthy, and still smiling.

I am thrilled she is doing so well at the center, but this is definitely going to take some adjusting to.   Stay tuned!

Hopefully, I’ll get better on saying my see you laters. 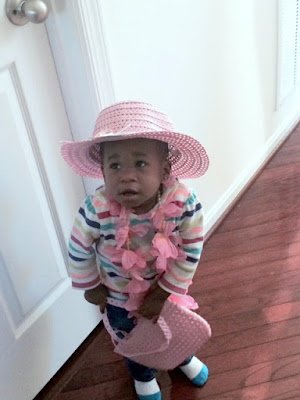 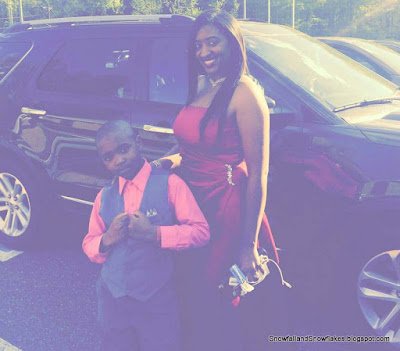 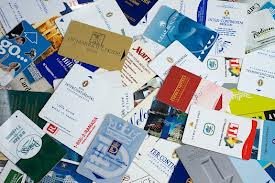 Business Travel: Has it been that long?