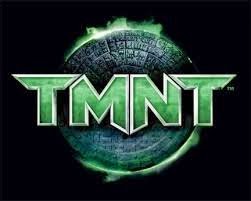 Recently, Honeybee’s little cousin had a birthday.  He turned a ripe young age of four.  It was a wonderful birthday.  Tons of relatives all gathered around in their best green donning their Turtle attire for a TMNT Birthday.  It was a party of legends.  The kids ran around my brother and sister-in-law’s home while three infants rested contentedly in their mothers arms and two toddlers ran around the floor.

Have I mentioned we’re a rather large family?  The brothers (or uncles as was the case for the birthday boy) lounged around the kitchen table talking sports.  The sisters (aunts, mothers, grandmothers, etc.) held down the living room talking all things motherhood and femininity.  As the guests began to get hungry, one remembered the theme of the party and grabbed a slice of the Turtles’favorite food…PIZZA.

We had the standard pepperoni or cheese decision.  I debated and grabbed the cheese.  I’m a cheese girl at heart and love it on EVERYTHING.  Honeybee has recently become a lover of all things edible.  I do mean all things.  She will eat whatever you allow her to try.  She’ll be 9 months next week and, despite her size, she can EAT.  Well, she is sitting in my lap surveying my pizza and decides to deftly grab a bit and put it into her mouth.  I pull it back and watch as she smacks her lips and gives the audible for ‘more’.  Because we know that Honeybee has eczema and has had a history of flare ups after new foods were introduced, I hesitated and distracted her for a while to see if she had any flares.  After five minutes, there was nothing.  Remembering that she eats lasagna (Gerber baby lasagna) and spaghetti (Gerber) with no issue, I decided to give her very small pieces of the cheese on the pizza.  She loved it and enjoyed one small slice like this.

The party wound down and pretty soon it was time to go.  Honeybee had received her final bottle and was ready to go to sleep.  We wrapped her securely as it was very blustery and drove home.  We got home, gave her the evening medicine, and as she was super tired, we laid her down in her crib and turned ourselves to sleep.  Ten minutes later came the cry of irritation.  It’s a cry we haven’t heard in a while.  Not since the doctors have found a new medicine that works well with our little one.  This was the cry of “ugh, I can’t sleep”.  I went into the nursery and turned on the light.  There I saw it.  The underside of her chin, the back of her neck, and the side of her face were full on flare.  A bright red and welt flare.  I knew immediately that it was the cheese from the pizza.  She’d had nothing new to eat that day except the pizza cheese.  I immediately grabbed her cream especially for flares and put it on the affected areas.  I waited the usual 15 minutes, saw some of the redder spots were slowly fading to a pink, and sighed a bit with relief.  Another 30 more minutes, Honeybee closed her eyes and drifted into sleep.  She slept her regular schedule.

I was pretty annoyed with myself for not being more vigilant, for not simply denying her the cheese in the first place.  I had other alternatives available for me.  I chose to give her the cheese.  Almost as quickly, I realized that I was being too hard on myself.  We’ve had allergy testing done.  She was not allergic to milk.  I have tried some dairy before (baby yogurt).  She didn’t flare.  There was no way of knowing she would this time.  Still, I remained pretty annoyed as I laid my head to pillow.

The next morning, my cell phone alarm went off and I, out of habit for my job, hit the social media page to see if there were any updates that I would need to be aware of for the day.  In my newsfeed, I saw my brother in law’s post celebrating the birth day of his son.  He’d chosen to post a collage of events from the party.  On one of the pictures there I was actively conversing with another party goer while holding Honeybee face forward in my arms.  Immediately buzzers go off in my head.  I look to see how many people have “liked” the picture.  None.  How long had the picture been posted?  Only 3 minutes.  Immediately, I send a text to him (he rarely answers the phone) and my sister-in-law to remind them of the faux pas and ask that they quickly remove the photo.  Seconds pass.  Ten…fifteen…and then a response.  It was being done right then.  Forty-five seconds later, I refreshed the page and the entire post was gone.  A minute later, the post was there and the picture including I and Honeybee was not.  I received a deeply apologetic post from my brother-in-law and I assured him there was no harm.  He’d forgotten.  I understood completely.

Our Honeybee has been with us since she was 1.5 weeks old.  She is family.  She has been here for birthdays, programs, promotions, college farewells, and the family dynamic that is us.  Again, she is family.  It’s hard to remember sometimes that there are still rules associated with her.

Someone asked if we were going to pierce her ears.  I hadn’t even thought about it. For one, I’d rather she make the decision about having a hole in her ear (though mine were done when I was 10 weeks old).  For two, she’s not our legal daughter.  It would require permission from her parent or guardian.  We are her prospective adoptive family who has physical custody of her.  She has a guardian ad litem and a legal custodian; neither of whom are FatherWinter or I.  If we were so inclined to have her ears pierced, we wouldn’t be able to make that decision. Someone else would.

Our family takes photos throughout the year and up to the holidays.  I then create a beautiful Christmas card to distribute to friends and family worldwide.  They look forward to this picture.  we actually have people who frame them and keep them in their homes.  This year, the photo will be a bit different.  Honeybee is not allowed to be photographed in any way that will allow her to be recognized (no front shots).  So, our options are taking a picture in front of the camera, but holding her back towards it.  We can also take a picture of her feet or some other non identifying feature and use that.  I have some very cute ideas for the card as I would love the tradition to continue, but I have to admit, it’s frustrating not to be able to share her in the family way yet.  So, I wasn’t upset with my brother-in-law.  I wouldn’t let him be upset with himself.  He quickly removed and no harm was done.  That being said, we are placing a limited photo rule during the massive Thanksgiving celebration that is being planned at our house this year.  Cameras will be allowed, but Honeybee’s back will be in all or she won’t be in them at all (unless by FatherWinter and myself).  It’s extreme, we know.  But we aren’t willing to take chances.  Too much could happen and we prefer that none of the “too much” occur at all. 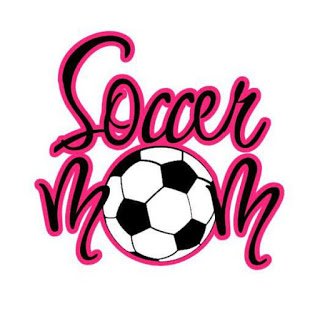 We Signed Honeybee Up for Soccer!

Baseball Pre-season started today and I am NOT that excited

Back to School: First Day recap