YES!!!!!  Okay.  Okay.  I have to be very honest.  Our household has been practically praying for a good old fashioned snow day.  Not enough to make life unbearable, but enough snow that would allow us to play and spend time together as a family.  It seemed like every other county had experienced one in recent weeks except us.  Our neightbors to the North were receiving enough to shut things down for a couple of days.  We were getting next to nothing…not even a dusting.  Then, a couple of days ago, the weather experts began hinting at a major storm, something that was going to drop more than a few inches on our neck of the wood. Dare we hope?

It started yesterday.  Conveniently enough everyone had the day off for President’s yesterday.  After a pretty yummy breakfast and completing chores, I decided to take Superbug with me to run some birthday party and grocery errands before the snow started.  First stop was the Dollar Tree.  As previously mentioned, our theme is #MinnieSwank.  I don’t really want to feature Minnie Mouse’s face, but more her silhouette and a central pink and black theme.  I won’t give away too many details right now, but I think we got off to a great start.

We left the Dollar Tree and went over to Party City because I still needed table skirts.  I really love Party City, but I am not a huge fan of their prices.  Fortunately, I was able to find some really cute items that matched theme without being all Minnie focused and NOT breaking my budget.  I am super stoked about this event.  Satisfied with our haul, Superbug and I had originally planned to make two more stops.  The first was to be at the local grocery store.  They make the most amazing cakes even though it’s “just a grocery store”.  (Never judge a book by its cover).  Plus, I love this particular store’s customer service.  I like to pick up little cakes and confections for various work functions.  They are always on time, friendly, and so helpful. Plus very reasonable.  I have used them for the last few of Superbug’s class birthday celebrations.  So, the plan was to go to their store, order Honeybee’s birthday cake, and then head to the grocery store.  But, as soon as we walked out of the Party City, there it was….SNOW….

Yes, the snow arrived early.  It was falling at a pretty frantic pace and I knew that we would have to go straight to the grocery store because people were going to panic.  I was right.  We pulled into the grocery store parking lot and there were people EVERYWHERE.  I mean it.  It was chaos….

SuperBug and I managed to get inside to get our few groceries and a promised toy for him that his grandparents had acquired via a gift card and came outside to a LOT of snow sticking to the parking lot and people not being nice as far as traffic was controlled.  I honestly don’t know what it is about this area where one snowflake or drop of rain can cause a semi apocalypse.
Once safely in the car, I told Superbug we’d take the back way home as I didn’t trust the main roads.  Turns out I was right.  I think I got two local traffic alerts on my phone about crashes that were now blocking the main artery home.  Ahh yes….snow.  Twenty minutes later (about ten minutes later than usual), we were pulling into the driveway and unloading the groceries and party supplies.
Once everything was unloaded FatherWinter asked if we’d made any plans for dinner.  I hadn’t but was ready to cook something when FatherWinter asked if I would be so kind as to call the local sub place and place an order for pick up.  I looked at him questionably and he volunteered to pick the food up.  It was only five minutes up the road, but I was still nervous about it. I placed the order and was surprised when Superbug decided to accompany his dad back into the falling snow.  With the men going on their food run, I found myself extremely nervous and worried.  I was literally posted up at the window awaiting their return. 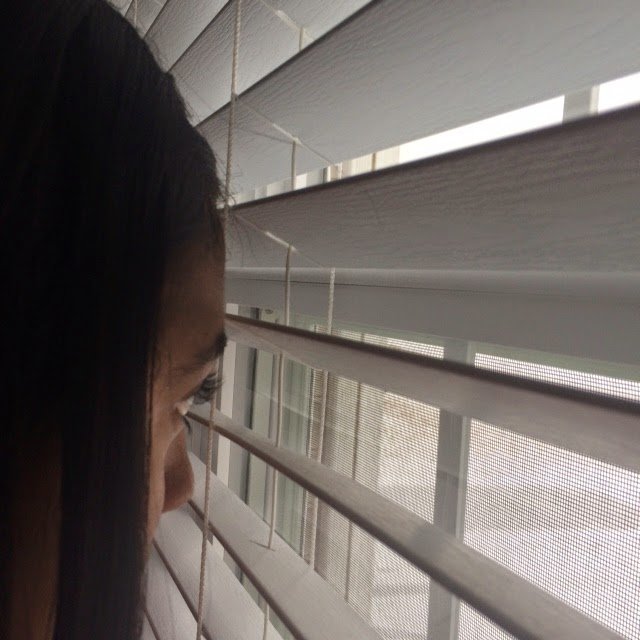 After what seemed like an eternity, my men were back.  I’d previously picked with FatherWinter about moving things around in the garage so my car could fit inside instead of just his car especially with the snow coming.  I was just teasing, but found it very sweet that immediately after arriving from their food run, FatherWinter moved moved some things around and brought my car inside.
After moving the car, FatherWinter and Superbug went outside to knock down some of the snow off the driveway before it got too high.  They hadn’t even eaten the food yet, but made sure to take care of the driveway.  I love them! 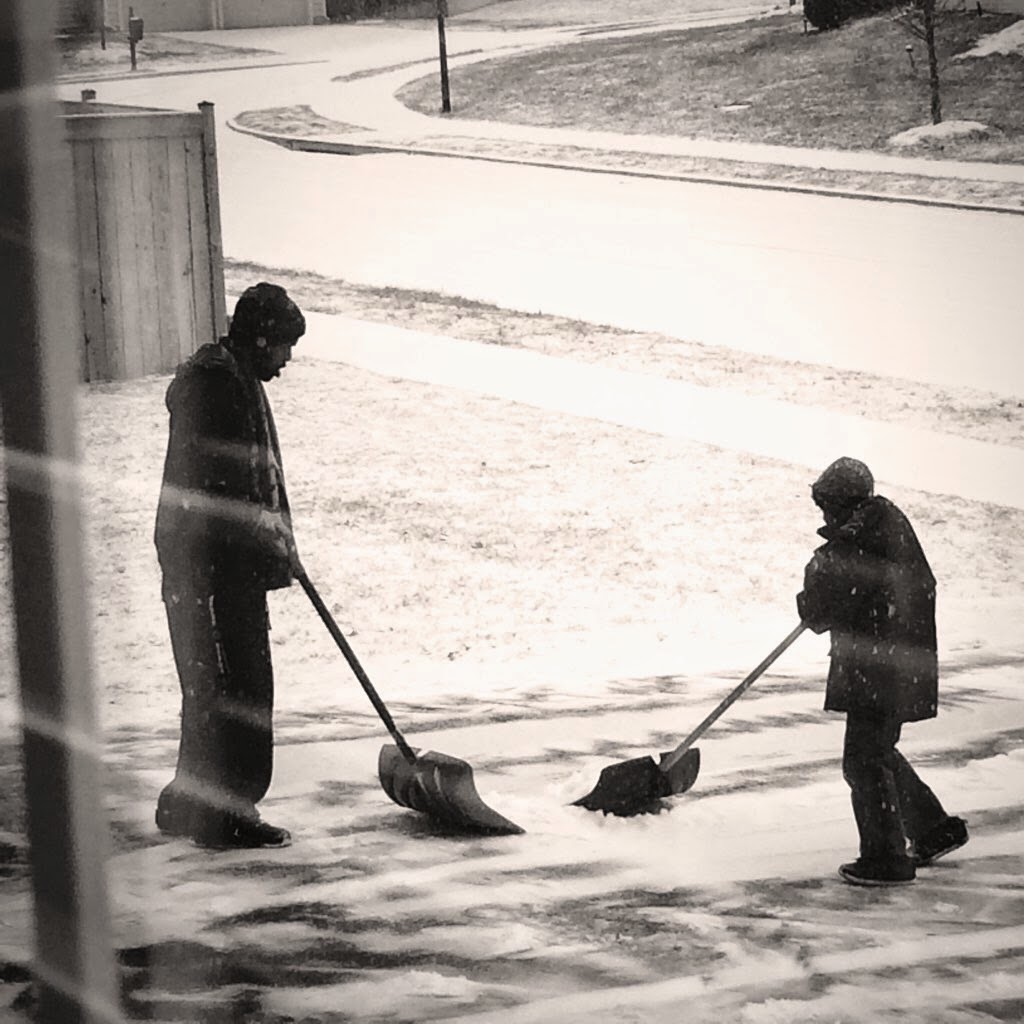 The guys finally came in, got out of cold and damp clothes and bought the food inside.  We set everything up and then, in a rarity, the entire family piled in front of the family room television with our subs and chicken tenders and had a fantastic meal while watching Justice League.  It really was a great time.  After the movie was over, FatherWinter and I gave Superbug some free time play.  He asked if he could take his sister with him to play in the playroom.  We readily agreed.  I love the bond they share.
I’m in the habit of checking up on my little people, partly to make sure everyone is doing what they are supposed to be doing and partly to see the bond that my children share.  I like to stand off to the side and watch the kids watch TV together or play with blocks. Tonight, the kids were playing with toys.  Superbug had given her a huge Transformer and a box.  He’s shown her if she tapped the box with the Transformer it made a noise.  So while he played with a separate Transformer beside her, she was tapping her box beside him.  Love their bond!!

Soon after that it was time for bed.  Looking out the window, I knew it was going to be a snow day for the kids and most certainly a work from home day for me.  I wasn’t, however, really prepared for this beautiful sight when I woke this AM. 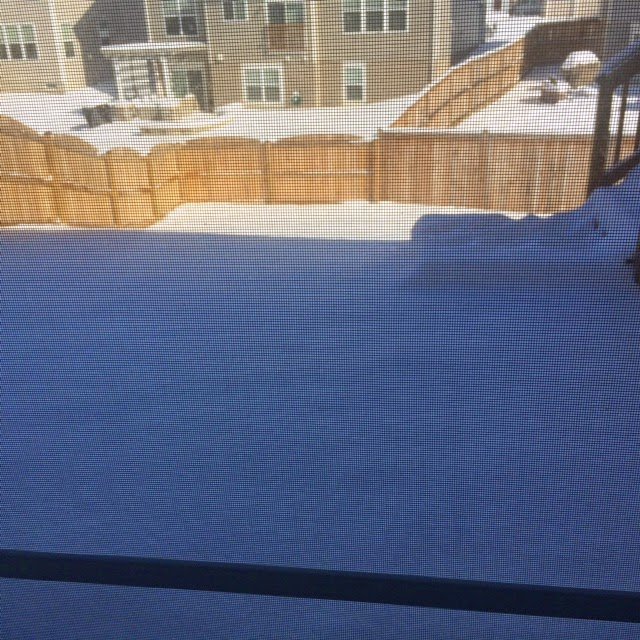 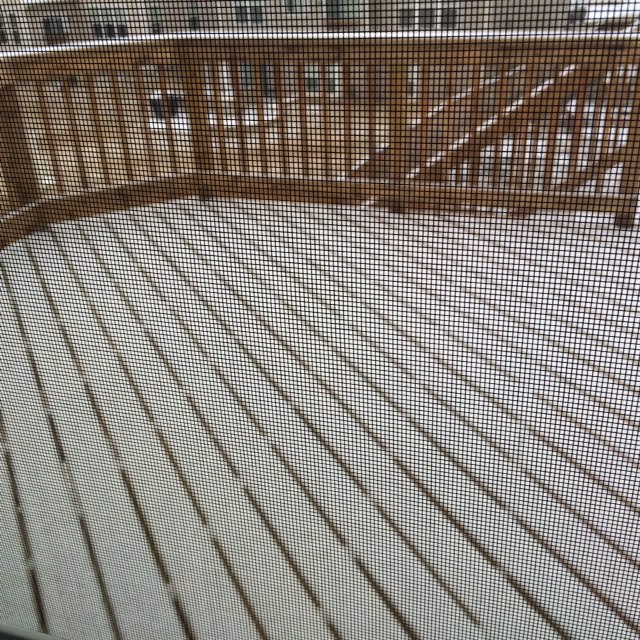 After a healthy breakfast, the boys were once again on shovel patrol, while I donned some heavy duty snow gear and introduced Honeybee to her first real snow day. 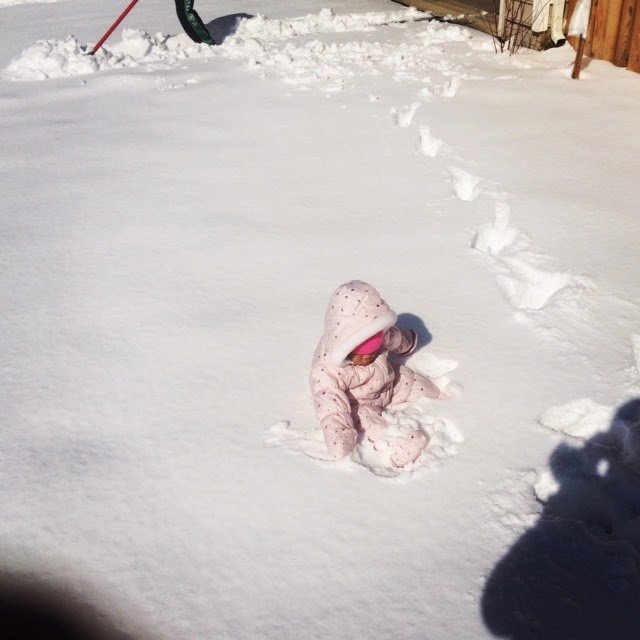 She was not impressed, lol.  As soon as she realized that the white stuff wouldn’t let her crawl or stand, she was pretty much done lol.  She did enjoy sitting on the stoop watching Superbug and FatherWinter with shovel though.
Very shortly thereafter, I realized that she was ready for a nap, so I took her inside, gave her a big lunch, and laid her down.  Once she was in her crib, I was able to log into my computer and start teleworking. It was about thirty minutes later when I received a call on the home phone from FatherWinter asking me to come out to see the job they’d done on the driveway.
SET-UP!  I knew it immediately lol.  So, I first went to the front door and opened it.  I didn’t see FatherWinter or  Superbug.  Sigh… I knew what that meant.  I grabbed my boots and snow gear, got wrapped up, and made sure to cover my head.  I stepped outside and FatherWinter started telling me about their work.  Superbug was nowhere to be found which was why the snowball against my back didn’t surprise me lol.
I immediately turned and engaged in a snowball fight with my son while my husband filmed.  I got the better of my son and then we made snow angels in the soft white fluff.  As we were in the molds, Superbug finally got me back with another snowball attack and FatherWinter joined in.  I imagine we made quite a sight to our neighbors rolling around in the snow.  But we didn’t care.  We had a great time and were all very cold once we were complete.  FatherWinter even captured everything on camera.  Hopefully, he’ll remember to share that with me so I may share with you guys.
After the battle, everyone doffed wet clothes at the door and came inside for pizza and mozzarella sticks. We started planning a CD for Honeybee’s birthday party and discussed the fact that the schools have already issued closing information.
The rest of the day here has been pretty by the books.  We’ve watched movies, shared some bible study, and basically enjoyed each other’s company.
Tomorrow, I will probably try and return to work.  Superbug will more than like accompany FatherWinter to work.  I will stop and get Honeybee’s cake ordered and we can hope that we’ll have a very great 1st Birthday party on Saturday.
We look forward to checking with you.
Have a great week!
-WinterMommy 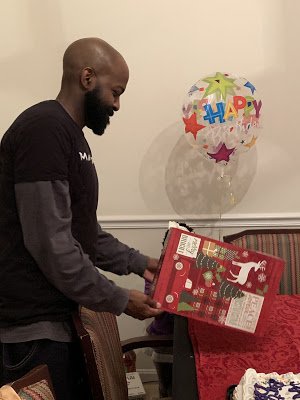 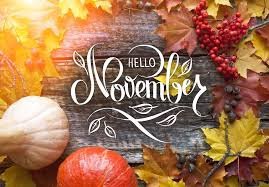