Well, it’s done.  Today was the day of the Hysterosalpingogram (HSG).  I have to tell you that I was beyond nervous about this thing.  I mean I scoured the Internet, had conversations with people who have undergone the procedure, and I was just plain nervous.

Our nurse A. has already warned reminded me that I would not want to eat for several hours before hand and, more importantly, that I should take 600mg of ibuprofen about 30 minutes before my procedure.  So, I quickly went to the local drug store (because of course I forgot mine) and then hightailed it to another state to get my HSG done.

I actually arrived to my appointment with a couple of minutes to spare and found myself texting S. to let him know how nervous and scared I was.  Unfortunately for me, he didn’t get the text as he was away from his phone and so I went into the office building scared, nervous, and feeling alone. 🙁

When I arrived within the office walls, I met another young woman also preparing for her HSG. Apparently, it was the day for them at the facility we were visiting.  We were both equally nervous and in casual conversation about what to expect, I mentioned the ibuprofen.  That turned out to be not so great a conversation piece as the young woman was reminded her of the same instructions that she’d received from her nurse.  Unfortunately, she’d forgotten to heed them and wondered if it would hurt.  I couldn’t answer for her, but hoped it wouldn’t be too uncomfortable for her.  It may sound funny to say, but a bit comforting to know that someone else was there going through what I was going through.

Soon enough my name was called and I was invited to go into the back for the weight and height check. I was then directed to a little room where I waited for a couple of minutes before a very nice nurse came and escorted me to another room where I was asked to disrobe and change into a hospital gown with the bottom out and then have a seat on the exam table. I was given privacy for the chaging and then, after dressing, it was time.
It was very similar to a regular Pap smear.  I was told to bring my feet up into a “frog leg” position. Then, the doctor prepared the speculum to have access to cervix.  She told me that she going to insert a catheter through my cervix opening into my uterus.  As she was “exploring”, she discovered I had a tilted uterus and made mention that mine would be just a bit uncomfortable and that I would feel a pinch.

I absolutely did and a very small cramp as she let me know she was releasing the dye.  They let me adjust to the small cramp and then continued the procedure.  It was done in less than five minutes. The doctors went over the results that she saw right there with me.  My right fallopian tube didn’t seem to flow all the way, but the doctor believed it was a kink and not because of a blockage.  Everything else was completely normal.

The doctor told me she was forwarding my results to my nurse and RE and that I was free to go after changing.  The time from walking into the facility to walking out was less than 30 minutes.  I was amazed.  When I got out of the procedure, I called S. and left a voicemail telling him that everything went well.  Then, I went back to work.  Yep, no cramping or anything.  I just went back to the office and to a meeting no less.

I would have the following recommendation for the procedure for those who have never done one before.

1.  Make sure you take 600mg of ibuprofen 30 minutes before the procedure.  I spoke to two people who had not done so and their procedures were very uncomfortable.

2.  If given the option between morning or afternoon, I recommend the afternoon.  The location where my HSG was performed is in an area where rush hour can make or break it.  I made great time in the afternoon, but having to do the same in morning would have been awful.

3.  Have a pack of crackers and a ginger ale or juice to settle your stomach once you get to your car.  You’re already going to be hungry from fasting and your body isn’t exactly in love with the dye.  You may feel queasy.  I felt it a tiny bit.  The crackers definitely help.

4.  Keep positive.  I almost psyched myself out with the nervous and pain thoughts.  In the end, the check-in took longer than the actual procedure.  I was fine.

Now, is the wait.  We’ll be seeing the RE soon and we’ll soon have our first step forward.  Woohoo! 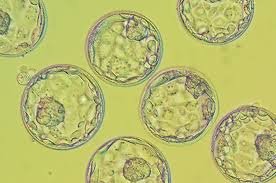 The journey continues. FET #1 is about to begin.