Every month, it announces itself with a huge bout of nausea. I’m serious. Anything I smell or eat makes me dry heave. I feel nauseous all day long for several days before I actually release an egg. That symptom alone, well before any little pink stick, tells me that ovulation is near or occurring. I used to enjoy appreciate the symptoms because they let me know that it was a time to increase any intimate moments with my husband. Now, I can’t stand it. I have been monitoring my fertile cycle for three years. I know ovulation dates to a science. I can even tell which side is releasing an egg thanks to the ovulation cramps I receive. Still, in the three years of tracking, I have yet to conceive a child naturally. That’s okay because our family has been with the joy and love of our children H. and S.  Still, I often find myself asking God out loud, “what is the purpose of getting nauseous every month when there is no baby to contribute to the nausea?” I don’t know if I’ll ever understand God’s sense of humor on that, yet still I endure it monthly.

The thing that has me writing this post is the recent rapid surge and then rapid loss of libido. It’s driving me up a wall. I honestly imagine this is what adolescent males feel like. I sometimes find myself wanting physical intimacy all the time, for hours at a time. In my head, I’m so thankful I have a husband and that I get to go home to him to…well..um..talk intimately to him….only to have that feeling disappear the moment I walk through the door or before I even leave work in the evening. It’s frustrating! Not only for me, but I’m sure for other women who endure the same. Not to mention spouses of these women. How crazy must it be for them?

My mantra during the particularly difficult days

Seriously, what the heck is going on with my body?! I’ve done some research and have found that my body is supposed to have a bit of a hyper sensualized response on days of ovulation, but this is far from a bit. I feel like I could bench press a bus. Everything is hypersensitive. Ears, skin. UGH! You would think this would be great in the world of trying to conceive. NOPE.

As I said, this has been going on for three years. I come home revved up and the moment I step out the car, the feeling leaves. Just like that…it’s gone. Do you have any idea how frustrating that is? If I were a cursing woman, this would be where a series of them erupt I’m sure. I did go my doctor about it and it turns out my hormone levels have a tendency to regularly rise to levels six times beyond normal hormone ranges! Yep, six times! I’ve had to take progesterone creams as a balancer. Works for a while, then doesn’t. During ovulation times, my hormone levels spike even higher than my normal levels. Which leads to the…fun…moments. The mood swings.

With the increased hormones come increased libido, increased mood swings, frustration, and short temperament. That becomes a problem. I don’t mean to be short when I come home on these days, but I honestly just want to be left alone. I hate this season of the month. I honestly do. And explaining it to my husband is just not something that works. He thinks I’m making it up or it’s in my head. UGHHHHHHHHHH. My body hates me.

Oh, did I mention the pain? Yep, about the third day in, I get these really gnarly and painful cramps reminiscent of menstrual cramps on steroids. Always on one side. They alternate month to month and they hurt. I mean stop me in the middle of walking and make me catch a deep breath stop. What in the world?! The doctors says the egg is preparing to release or has released and that most women don’t even notice. Well, apparently, I’m not most women. It hurts!!

I usually take an Aleve and it goes away for a while, but it’s a constant for sure. I often wonder if my uterine cyst has anything to do with the pain, but since the pain only comes during ovulation and occasionally with menstruation and hasn’t grown, it remains.

By the end of the week, this cadre of symptoms will have disappeared. It will be as if it never was there until my menses actually arrive and we experience similar symptoms all over again. Wow.

Only this time, the painful cramps and mood swings just announce that once again I haven’t conceived. 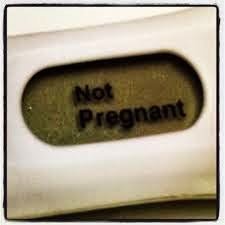 Sigh. Such is life right now I suppose. Today happens to be one of the days where I am okay with that. I know if God has that in the plans for my husband and I, we will see it. Today is a good day. Others…not so much.

So…here we are. I have been outrageously open and have shared my frustration of ovulation with fertility issues for the world. Why? Shouldn’t that be private? On one hand, absolutely. What’s in your home should remain there. On the other, why not be open. Someone else is going through the same things I am and feel like they are only person experiencing it. Maybe my sharing my story will be a help to someone else. I know I’ve been encouraged by women who walk similar paths as I in adoption and infertility. Perhaps this will bring a bit of peace for them.

Have a great evening.
-K
*Reprint from companion blog with author’s permission