Skip to Content
Home / adoption / Weekend Recap: More than just a cause

I really wasn’t expecting this weekend to be as fun and memorable as it was. Truly, I wasn’t. I knew we had a few plans, but the outcome went above anything I could have imagined. When I arrived home on Friday, FatherWinter informed me that we would be getting up early the next morning to attend a 3-on-3 basketball tournament. I was less than thrilled and didn’t really want to go, but he mentioned it was co-sponsored by our church’s HIV/AIDS Ministry and I was in.

We arrived at the event to be ushered into a cafeteria where a video was presented about HIV/AIDS in the community, prevention, and stigma associated with the diseases. I’m familiar with epidemic. I’ve lost family members to it and have been faithfully testing every year since college. What I wasn’t familiar with were the recent statistics in my area. DC ranks #1 in the nation for HIV/AIDS cases. VA ranks #2 and MD is #3. That’s a very sobering statistic. The county the tournament took place had the unpleasant distinction of being #2 in the state for new cases. Not great at all. I watched Superbug attentively listen to all that was presented and knew we would be having a discussion later.

After the video was over, we went to the gym and began the tournament. Our church has four teams because we had so many participants! That was awesome, BUT we weren’t as great as some of the other teams. Three were knocked out early. The latter team was knocked out in the championship battle. So, we came in second place, but had a great time participating!

After the event, we took a journey to the National Geographic Museum to visit the Indiana Jones and the Adventure of Archaeology. FatherWinter and Superbug really enjoyed the exhibit as you faced interactive “walks” with movie and informational video clips on portable devices. Unfortunately, my device was malfunctioning and wouldn’t show any of the movie clips. It showed all of the informational clips though and I learned quite a bit including the origin of “thugs” and the history of the “Thugee” tribe made famous in Indiana Jones and the Temple of Doom. My favorite part of the exhibit had to be the recreation of the Ark of the Covenant. I think I examined that most of all. When we’d completed our visit, we found temps dipping and stomachs rumbling. If you’re in DC in the next couple of weeks, I highly recommend the visit.  It really was very educational but a lot of fun at the same time. 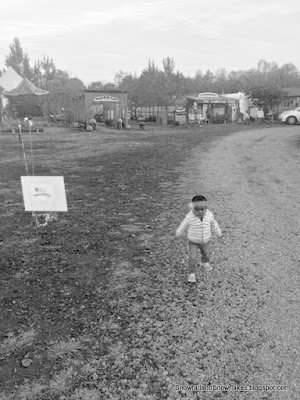 Yesterday was just the best day ever.  First, we got to hear Superbug sing. 🙂  Superbug hasn’t sung in the church choir since he was about four years old. He recently expressed an interest in doing so again and FatherWinter and I allowed it, after having a discussion about commitment and discipline. He did a great job and we were very proud of him. After he completed singing, the family went to the Family Fun event that Honeybee’s adoption agency hosted.  We had such an enjoyable time. 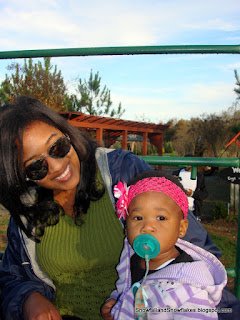 Honeybee, Superbug, and I enjoyed a hayride around a beautiful farm. FatherWinter couldn’t join because he is allergic to hay, but he was fine. While we were riding, he was parktaking of the yummy snacks and beverages in the greenhouse. The ride was a bit nippy but not uncomfortably so.  After it was over, we came to join FatherWinter and Honeybee found the cake to be her favorite thing there.  She spend the rest of her time trying to convince others to share their cake with her. 🙂

Superbug made a new friend and they spent the afternoon playing football until the sun’s rays began their descent. After farewells and pictures, the family loaded up and went to celebrate one more family event—an anniversary.
We spent time visiting with our brother and sister in law celebrating their 3rd wedding anniversary. While we didn’t get to grab photos here, it was an enjoyable time and we were blessed to celebrate with them.
When we got home, we were so tired, everyone was out within 10 minutes of getting settled.  It was a wonderful weekend and we were very pleased to enjoy it as a family.  Next big event….we’re going to try and hit Christmastown!!
Have a blessed evening!!
-WinterMommy 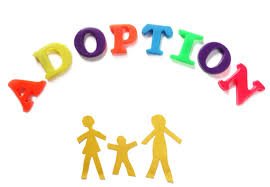 S. asked me if we’re ready to adopt again and I said….