You know the saying “Be careful what you wish for”?  Well, I have got to be more careful about what it is I wish for.  It’s been on my head for quite some time now that I would like to seek new job opportunities because I feel I have I can’t progress any further where I am. and because I want to see what else is out there.   I love the office where I work.  The fifteen minute commute makes it heavenly in an area where commutes average an hour to an hour and a half. (S.’s commute was 2 hours just because of the traffic!) I even enjoy my coworkers and my supervisors.  But I’ve been wanting something more.

On a whim, I decided to apply for a job where the description matched everything that I’ve ever wanted to do.  It’s in my field (the real one that I got a degree in 🙂 and it comes with some pretty great benefits.  The recruiter called and had the initial interview and immediately moved me to the next level in the hiring process.  Plus, he believes that the income could be higher than what I requested.
BUT, the part that I didn’t see in the description was it’s about 40 minutes away from home.  That’s not bad but with our  area traffic, the location [which is a major employer in our area] turns into an hour plus commute unless I leave crack of dawn in the morning. That might be doable, but someone has to put our oldest on the bus and while S. can do so now, what happens with my mother in law has those conflicting early morning weekly medical appointments.
Sigh.  What to do, what to do?  I haven’t even spoken to S. about it because we have been so busy this weekend.  I’ve been thinking about it hard though.  Especially the money and benefits.  With them, S. and I could start IVF much sooner than later.  The extra income would be more than appreciated as we try and do more for our family.
Think about it.  We could start birth control next month to regulate and then be on the road to IVF by March.  That would be amazing!!  But there are cons.  This is a timed contract.  It exists for 9 months and then the contract ends.  It could be picked up again, but there is no guarantee.  The place I work now is guaranteed for five years.  It’s stable in a time when stability is sorely needed.
If I take the new job, I’d still have to figure out the morning blood work and lab visits and medical appointments so that my new schedule isn’t compromised.  The job I work now allows the flexibility to work from home, get the job done, etc.  Only thing is it doesn’t challenge me and that is frustrating. But the other job is short…UGH…What do I do?!!!
Decisions.  Decisions.  Decisions.
Pray for me, ya’ll.
-K

Me Time! Oh How I have missed you!! 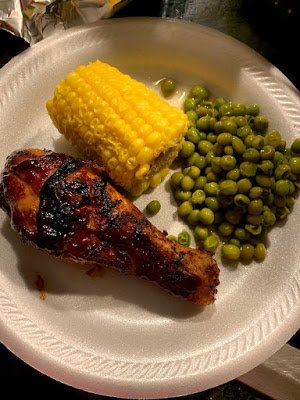