Skip to Content
Home / BFN / No need for results…

I woke up this morning, and despite telling myself I wouldn’t do it, I took another #HPT (home pregnancy test) with FMU (first morning urine).  I held  my breath as I waited for the second line to appear.  This time, it was a pink dye test.  This time the second line did not appear.  I thought it possible that it could be a fluke and I even took the test apart hoping I could see something.  I fooled myself into seeing a possible.  Then I decided not to worry about it.  Tomorrow I would receive my results either way.  So, I would continue along my day as if I were pregnant.

Fast forward to about 10:30AM and I start feeling the familiar cramps that remind me of an imminent visit from Aunt Flo.  Just to be on the safe side I donned a sanitary pad and continued about my business.  In the space of an hour or so, I felt a familiar sensation and went to the bathroom.  Aunt Flo had arrived in full power.  There was no doubt about it.  There is no doubt about it.  I am not pregnant.
The very faint positive line that I saw on the first blue dye test and the second clear positive that showed up on a separate test later were false.  The fact that the tests only showed a faint line or indication of pregnancy on the blue dye tests should have told me something.  And now, I am sitting in my bed, typing this post admitting that this month was another #TTCfail.
Sigh.  As if that wasn’t hard enough, hours after discovering my fail, I attended the baby shower of a dear friend today.  I am SO absolutely and very excited for her.  I can’t wait to hold the new little one she and her husband have conceived together.  It was a blessing to be there for her.  But there was one fleeting moment when everyone was joking about the passing of one of the gifts to the next mommy-to-be.  All of the women were joking about not being “it”.  All I could think of was how I wish I was “it”.  And then the moment was gone, just that quick.
When I went home this afternoon, I logged onto social media and saw the sharing of pictures from the baby showers of two additional relatives and acquaintances.  One was a cousin whom I wasn’t even aware was expecting.  She and her husband have been married for a year and one month.  She is ready to deliver soon.  Sigh…
The worst of all is I can’t share any of this with S. He has no idea about any of it.  When I got the first very faint line, I decided not to tell my husband in case it turned out to be a negative in reality.  With everything that is going on in his world right now, I didn’t want to add false hope and then snatch it back.  So, I kept it to myself… The multiple tests with the faint lines, the negative tests, the HCG labwork, the negative this morning…all of it.  I truly hoped I would get good news tomorrow and be able to surprise him with great news and a cute announcement to him.  Sigh…not going to happen.
I may tell S. what happened.  I may not.  As I said, he is going through a lot.  I don’t want to add to that.
What I do want to do now if spend some time with myself and God.  I have some choices and decisions to make.  The option has been presented to start an unmonitored Clomid cycle on days 3-7 of my cycle.  I need to discuss that with S. to see if it is something he thinks we should try.  There would be no IUI, but there would be the possibility of multiple follicles and multiple eggs.  It would give S.’s soldiers more targets possibly, and that doesn’t mean multiples.  It means strong eggs.
We’ll see what happens…and we will let you know…
Have a good evening.
-K

I love our community 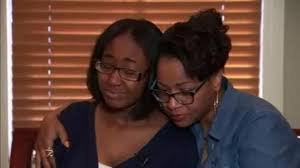