It’s been a few days since we announced via social media the news of our pregnancy. Even before the news broke and people started noticing the bump, we started getting comments. Most are congratulatory, but several have the ‘magic wand’ effect (as I call it) included. One by one, I started receiving congratulations that sounded like this:

“You’re pregnant?!…
I knew you would get pregnant!…
Didn’t I tell you as soon as you adopted your daughter, you’d get pregnant?…
That’s what happens. It’s like your body becomes a natural incubator.
I told you that’s what would happen!”

And I stand there with a forced smile on my face, thank them for their celebration, and excuse myself as quickly as possible. Call it hormones. Call it being oversensitive, but I loathe this conversation every time it occurs. First, we didn’t adopt to get pregnant and we certainly didn’t adopt and and just “get pregnant”. It didn’t happen. It wasn’t supposed to happen. My husband and I spent time, money, tears, sweat, blood, and pain to get pregnant. My body was pumped full of hormones and all sorts of fun side effects blessed me as my body struggled to do what was asked of it. This wasn’t a “just happen” situation.

Secondly, and what bothers me the most, is the underlying insinuation that our daughter’s adoption was purely so that we could conceive biologically later. If I were a cursing woman….tons of them would erupt right here. My husband and I have always know that we would adopt. We talked about it well before we were married. I come from a family that embrace foster care and adoption. There are no adjectives in front of the names of the children who have been adopted or fostered in our family. They are simply cousins, sisters, daughters, sons, etc. There is no additional caveat needed. People say things like this in front of my daughter. She is only three, but she is very observant. I never want her to think that her birth and place in our family is diminished because she isn’t blood. UGH!

Then, there is the big one. The HUGE one that I have had to correct TWO different relatives on. Shortly after our adoption was finalized with our daughter, one of the relatives remarked that now we “could focus on having a child of our own”. I IMMEDIATELY corrected her and said “SHE IS OUR OWN” in a voice that brooked no debate. She meekly replied that of course she knew that and I knew what she meant. My response was she needed to say it better. Our daughter is our daughter and nothing else. The fact that she said it was annoying to me since she married into a family with children of her own. Of course, she should know better!

This past weekend, a relative discovered we were pregnant. I actually thought she knew, but somehow she missed the close family announcement. Anyway, she hugged me, rubbed my belly, and said that she had just been praying to God and asking Him when would He bless my husband with a child of his own because our eldest “isn’t his” and our daughter “also isn’t his”. I was purple with anger and that’s pretty hard for me to do considering I’m a woman of color. I couldn’t even rebuke. I was that upset.

I know people don’t mean it as they say it. So, I don’t need the “oh they don’t know”. Words mean things. They can hurt and they can maim. My mother and father didn’t raise me. I called my great-grandmother “Mama”. I will never forget a cousin from ‘up North’ visiting and saying that I shouldn’t call her “Mama” because I didn’t belong to her. My great-grandmother was in ear shot and solidly admonished the cousin, but I remember feeling very hurt by the comment. I knew she wasn’t my mother, but I’d never been called out about it. It bothers me sometimes even as an adult. I can’t see having my child endure the same thing.

Look. I write all of this to say be careful what you say. If you want to congratulate someone on conceiving, say so. Congratulations works fine. Don’t add to it. Don’t diminish it. Our children are ALL our children and have been loved as such from the beginning. If that isn’t your frame of mind, don’t speak.

Have a great day, everyone. I’ll write again soon.

What I packed in my hospital bag, what I actually used, and what I wish I had included 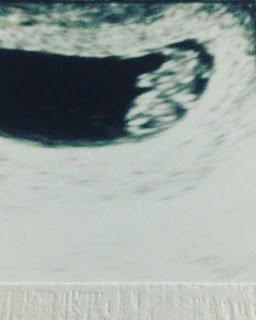