DISCLAIMER: This post contains information about our pregnancy. Because I know all too well how these kinds of posts may affect my fellow #ttcsisters and #ttcbrothers, I include this disclaimer to forewarn you. I understand how much these posts can sting and promise to continue to add the disclaimer on any post that may be related to this pregnancy (assuming viability) so that you may have the option to bow out of reading. I understand.

Hi everyone. Hope you are all doing well. A little while ago, my project lead came over to me to discuss work. At the conclusion of the conversation he asked if I’d given thought to when I would be starting maternity leave. I told him I’d thought about it, but because I’m only six months on and not due until August, I hadn’t planned on finalizing anything until June. He said that was fine, but hinted that I may want to make my plans official sooner. That got me thinking. Isn’t it too early to be planning maternity leave?

Apparently not. When I thought back on the birth of my first son, I remembered that I delivered my expected maternity plan in July. He wasn’t due until September. Granted, at the time I was doing a lot of business travel, so it was necessary to have everything thought out and arranged to ensure a smooth transition, but I just hadn’t thought about that with this one. I mean, I do minimum work travel. I’m at a desk most of the day. My activity level is limited to the walking I do through the bays in our office, and the pregnancy has been pretty uneventful. So, why do I need to think about maternity leave now? Well, mainly because things are very different.

Maternity leave with this company is unpaid. Ugh. I have been very blessed in my life. When I was a single mother, God saw fit for me to work at a company that gave you 100% salary paid maternity leave for six weeks. That was such a blessing to me and I almost missed out on it because I was just so sure the company didn’t have it. When I called HR and gave them the news, they sent a congratulations packet with all of these really neat forms and discounts. Best company ever. Unfortunately, they lost the next contract in recompete and I had to move with the contract to a new company.

The company I am with now only offers FMLA (which is up to 12 weeks unpaid) and/or use of personal time off (vacation) hours. Because I don’t have that much leave, I’m planning on going in the hole and paying that leave back after my return, which doesn’t bother me because I would zero out theoretically in three months—just in time for the holidays. I usually only take the day before Thanksgiving to cook and surf on the Thanksgiving holiday provided. Christmas is the same way.

There is STD as an option, but I got the impression from other recent maternity moms and from
conversations with the company that they would prefer this not be an option. It’s not really that appealing of an option to take. It’s 50% of my weekly salary up to $1500, but is still taxed accordingly. I can’t start it until after the baby is born and must receive approval for it from the
company then. So, if the baby is born on or around 26 Aug, then I can’t apply for STD until 26 August and have to wait for approval. The company is allowed 14 business days to approve or disapprove. In the mean time, I would have no salary coming in minus leave. That more than likely won’t work, so COA work seems to be my go-to right now.

My customer is relocating to a new facility in June. They probably won’t be settled in with working phones and a true semblance of communication until mid-June. There is also a serious reorganization going on within that same customer’s environment. That means the month of June will be super crazy and any paperwork (like my maternity leave plan) could theoretically be lost or forgotten. So, it appears it is a better idea to get started sooner than later.

So, I get it. I do. I’ve scoured the Internet looking for sample maternity letter templates and researching the benefits afforded by the FMLA. I finally started drafting my own letter and I think it’s almost ready. I want to get S.’s opinion of it before I release it to my boss, our team lead, and the other appropriate personnel.

Right now, I’m planning to do 4 weeks of PTO with buy back option for any negative balances, 1 week of teleworking, and then returning to the office at the start of week 6. The timing is similar to what I did with my first pregnancy, so I assume it can work. The adjustment in children pick up and timeline will be interesting though. We know H. will be starting preschool a bit before I return to work and little S. will be starting middle school. So, it’s going to be an interesting time in our homestead for sure.

Times like this, it would be nice to have the maternity coverage of other countries, but I certainly don’t see that happening anytime soon. So, what did you do? What are you doing? Feel free to share.

Talk to you soon. 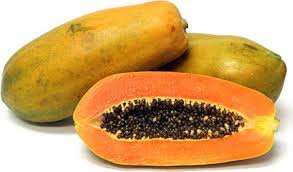