I’ve always loved birth stories.  I didn’t write one for my firstborn. I regretted it. This one, however, is different because we all journeyed together.  We fought for this one.  Medications, hormones, tears, blood, faith.  This one was a battle against infertility.  This one has a following.  So, here we go…

All week long, the people at work were taking their bets about when I’d go.  My due date was 26 Aug and no one, including the Program Manager, believed I would work up to my due date and I was determined to prove them wrong. I almost achieved it.

Contractions woke me at about 2:30 Friday morning.  I’d been sleeping downstairs on the couch because it’d been the most comfortable for my back.  When they started, I wasn’t too worried.  I’d had them off and on for the past week and usually they would stay for two hours and then go away.  I figured these would be the same way.  I didn’t even bother to wake S., but I noticed these were a bit different though. These were a dull ache that didn’t seem to go away.

I had my final doctor’s appointment scheduled for 9:30 that morning, so I figured I would just go to the doctor’s office and let them check me.  My contractions started getting more intense at 5:46 AM and  I began pacing floors and timing them with my app. I went to the bathroom, wiped and there was bloody show (which I’d never had with my first pregnancy).  Contractions started coming every 4 minutes and lasting about 2 minutes in duration.  Silly me, I should have gone then, but I figured they would stop soon and I could still just go to the doctor appointment and kill two birds with one stone.

Nope! I managed to climb the stairs and told S. that I thought today could possibly be the day and for some reason I don’t think he took me seriously.  He told me he was going to work and to call him if I the doctor’s office sent me to L&D. Then, he left the house and was in the garage preparing to leave (despite my vocalizing through intense contractions) when he thought better of it and came back in.  I don’t think I can stress how pleased I am that he made that decision.

Soon the doctor was asking me to halt mid push so the “baby could glide out in a controlled descent”.  SAY WHAT NOW?!”

I would have hated to have had to have this baby at home or the hospital without him. At 8 AM, I had one contraction that had me vocalizing so loudly it woke my mother in love and she flew down the stairs looking for me.  At her insistence (because I really was going to wait another thirty minutes to go to the doctor’s office), I called the office to get their buy in.

‘Go Straight to Labor and Delivery’

During the call, I had one terribly intense contraction and when I told the nurse I’d been having them every 4 minutes at 2 minutes duration for the past hour, she told me to go straight to labor and delivery.  It was then that I felt the need to go to the bathroom and vomited bile for a couple of sessions before being able to leave.  That was when I knew I was in labor as I remembered the same feeling for the birth of my son a decade ago.  Before then, I honestly thought it would stop like it had the few days before.

S. and I put a few last minute items into my labor bag.  He grabbed his laptop bag and off we went. The hospital was only about 12 minutes away (15 with traffic) and the contractions were pretty regular. Traffic seemed to cooperate and S. was a picture of calm even though some of the contractions really caused me to vocalize.  He did drive to the wrong side of the hospital and I had to direct him to complimentary valet.  There was no way we’d be able to drive to the parking garage and walk to the other side of the hospital with the pain I was feeling.

The valet called a wheelchair attendant and wheeled me into triage for assessment. I put on the hospital gown after several hard contractions and managed to lie down.  When checked, I was 4 cm and the baby’s head was so low the nurse had a hard time confirming the dilation because of its position.  Since I was 1.5 cm the week before, it was confirmed I was in labor and was taken to an L&D room.

This was when it was also confirmed that my doctor, the one who delivered my son and the same who’d been the only doctor I’ve seen since graduation from the RE, was on leave and would not be delivering my child.  I felt a minor bit of trepidation.  The new doctor would be a man and I’d never met him before.  My doctor specifically called him and asked him to be on call for her.  That put me at ease because I hold my doctor in high esteem and trust her recommendation.

In L&D, my nurses were fantastic.  They immediately offered me fluids (water and ice chips, but I preferred water) since I was still vomiting.  I was asked if I would be laboring naturally or with medication.  I’d actually been debating if I wanted to try natural before the contractions hit, but in this pregnancy I could see I would need the epidural.  They let me know that my contractions, though very strong on the monitor were not progressing the labor and the doctor wanted to start pitocin.  I requested the epidural and and waited slightly less than an hour for the anesthesiologist.  She was awesome.  She was pregnant herself and all about giving me a “good” epidural.  I have a slightly curved spine and tend to have a low BP drop with epidurals.  It took a bit of time, but once in I was in heaven.  The epidural was amazing.  I felt nothing but a slight tingling from belly button on down and loved the peace that had come with it.  I was 5cm when it was given and that was about 9:30 a.m..

The nurses left to allow me to sleep and told me to let them know if I felt in pressure.  About 1:50 p.m., I thought I felt pressure, but didn’t say anything just in case it was my imagination. By 2:00 p.m., I knew the pressure meant labor was imminent.  The pressure was uncomfortable, not painful but enough to make me press my epidural button in case a topper was needed.  I pinged the nurse call button and she came in and checked me.  She thought I was ready or very close to being ready.  She called the doctor and shortly thereafter he came.

I liked him immediately.  He was jovial and had me completely at ease.  He checked me and stated I was 9.5 (the .5 was a little cervical lip).  He said I should be ready in a few minutes and that he would leave me to change into labor clothes.  He did so and sure enough when he came back, I was ready to go!  It was now about 2:30 p.m.

Pushing was nothing like I remembered ten years ago.  This baby was ready to come and was ready to come now! I was given refresher instructions on how to push and off we went.  With my first delivery, I felt nothing.  Not a thing even when pushing.  This one, I definitely felt much more challenging. It was harder to get the pushing together but once I put my mind to get past the discomfort, we were able to work together.  Soon the doctor was asking me to halt mid push so the “baby could glide out in a controlled descent”.  SAY WHAT NOW?!”  My husband finds that hilarious by the way because I begged for him to just deliver the baby and dang a “controlled descent”, but it was so much better that way.  He was right and it is the same way my doctor would have done.

Shortly thereafter, at 3:02 p.m., a beautiful baby was born into the world.  The doctor allowed my husband and I to see the gender for ourselves. It was a girl.  A beautiful baby girl whom we named “God has said”, “God has promised” “God has given”.  Her name is Amariah Grace.

She is everything we could have dreamed and more.  We are humbled, thankful, and blessed.  We are pleased to share our birth story with you.  God bless and thank you for journeying with us.

Related Posts:  What I packed in my hospital bag, what I actually used, and what I wish I had included.

Is anyone else hungry? 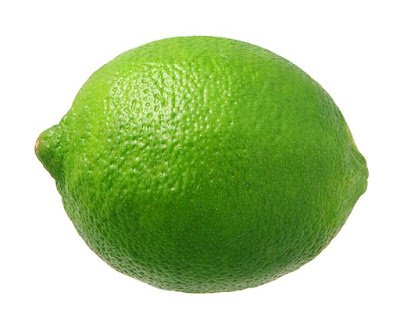 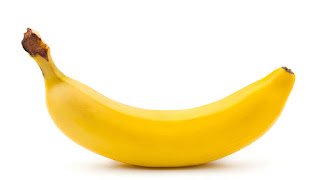