Wow! It’s hard to believe that we are already in month two, but it’s true. Our little bean turned 2 months on Wednesday and started it off with a big grin. I love those! It’s easy to see that she can now differentiate familiar voices. She puts big grins out for Mommy, Daddy, Big Sister, and Big Brother. She seems to find her big sister especially entertaining and will follow her with her eyes and head until she becomes annoyed with her sister’s attention. With her big brother, she just gazes into his eyes and listens. He stares back and they seem to communicate without saying a word. He’s such a great big brother. She’s starting to chortle and give responses to some of our ‘conversations’ and I am loving the interaction.

She’s still sucking on her fingers on occasion and it usually triggers the countdown before ‘feed me’ begins. She recently discovered the pretty colored lights on her activity center and she lays on the blanket looking at it for a few minutes before becoming bored. Bless God, she’s started to sleep through the night! On Wednesday night, she went down about 10PM and slept until 5, when I woke her to change her and fed her still semi sleep. She then went back to sleep and slept until 8. Last night, she went down at 9:30PM and slept until 7, though she started rooting at 6. She crushed three ounces and then went back to sleep for about twenty minutes and was then up and ready to see the world.

She’s still nursing, but is often still hungry afterwards. That means formula. So, I nurse her when she wakes in the morning, then follow up with formula. She gets about 12-16 ounces of formula while I am at work, then I nurse her after I get home from work. I follow that up with another couple of ounces and then she gets a final nurse/bottle session before bed.

I have noticed her skin is developing patches similar to her sister’s and will be speaking to the doctor next week about it possibly being eczema. She isn’t annoyed by it, but I want to have it checked for sure. She’s about to get her first shots (ouch) and experience her first Hallelujah Night (if we go). So excited for all that she is and is becoming. We’ll be sure to update you in the meantime!

The Day We Me Met Our Honeybee: Our Placement Story 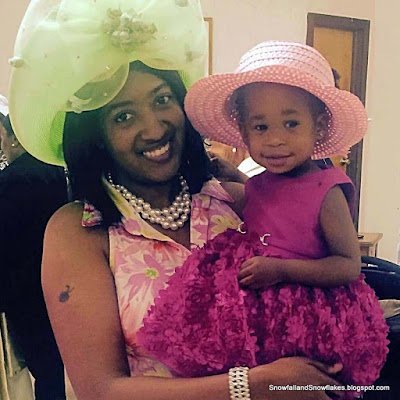