Skip to Content
Home / CIBH / Something has to change… 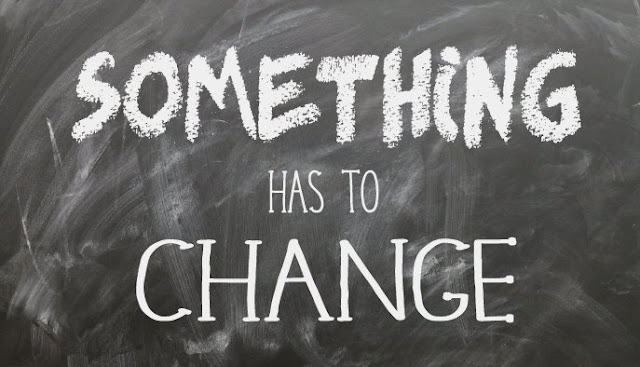 I was supposed to post some cutesy Valentine’s Day recap for you today. It was supposed to include pictures of our day and the love that was shared. I may do that later this week, but not today. Today, I want to have a moment with you. Today, I want to have a raw and open discussion with you about yesterday’s school shooting-the 8th such shooting in our nation this school year. I want to talk to you and make it clear that something has to change.

I was at work when news broke of the school shooting. I caught a glimpse of it on my way to my desk. There was a gentleman looking at the news feed and I asked him what was going on.

“The media says 20, but you know the sensationalize everything. Probably nothing”

And he walked away…and I did too hoping and praying he was right, but sickened that it was so easily dismissed by this gentleman and worried because this was the same spot I was in when I saw the destruction and devastation of Newtown. I couldn’t do it again and prayed it was an error.
Later, after Valentine’s exchanges were complete, after the children and spouse were in the bed, I turned on the news. There I saw how bad it was. There I saw the students saying how they know it was going to be him. How 17 were confirmed dead and several more injured. I felt weary. I felt sad.

Last night I had a long conversation with my son about what he should do if a shooter is in his school…How many parents that lost their child on Valentine’s Day had the same talk to their child?” “

A few months ago, my husband and I had a conversation with our son about what he should do if there was an active shooter at church. It was a discussion I never thought we would have to have. It was heartbreaking and gut wrenching. We added that the rules we were giving him were applicable to anywhere there was an active shooter. I was struck then that placed once deemed “safe” now seemed to be open targets and prayed the number of incidents would decrease. They haven’t.

I can’t imagine what the parents were feeling. One minute you’re at work expecting a text from your child that they’ve left school or are about to leave school. The next minute you are receiving phone calls, texts, emails, Instant Messages that your child is hiding in a closet, in a bathroom, outside from a shooter who has already killed people. You can’t be there. You can’t hold them. You can’t touch them. You can’t protect them. All you can do is rush to the school, pray, and give support through that device. I can’t imagine.

And what of those parents who dialed a number only to have it ring incessantly with no one ever picking up? Praying that someone will answer. Texting them in case they are hiding and can’t pick. Pleading for even a one letter response of “k” to let you know that your child is okay….Pleading and receiving nothing. How absolutely horrible to stand outside and see parent after parent reunited with their child and you wait anxiously for yours. Running to students you know and asking if they have seen your baby. Only to be given notification that the suspect has been caught and the building cleared and your child still has not been seen. Imagine already knowing but praying for an opposite result. Imagine a police officer telling you to meet them at the hospital or worse asking you for a picture of your child (and knowing it is to confirm an ID). This is the situation 17 parents and/or loved ones experienced yesterday. They will never forget where they were, will never forget what they were doing, and will never forget that they lost their loved one on Valentine’s Day.

This has to stop. Last night, I heard person after person say they knew this young man had issues, that he was even prevented from brining a backpack to school because of his history of bringing knives to the school in the past. No one thought to approach him with counseling? The news reported today that he lost his mother in November to pneumonia. He lost his father to a heart attack more than a decade before. He had been adopted by his parents with his brother and after the mother’s death had been sent to live with a family friend in NY only to not like it and to ask to live with a friend’s family back in FL.. No one thought that he might need someone to talk to about his grief. There were alleged incidents of domestic abuse toward a former girlfriend. No one reached out? Today reports have surfaced that there were tips made months ago that weren’t followed through.

That ‘see something, say something’ tag that Homeland Security has been touting since 9/11? That’s not limited to international terrorism, guys. Let’s actually get the word out. To those who did get the word out, let’s follow up and make sure someone isn’t disregarding the posts.

Last night I had a long conversation with my son about what he should do if a shooter is in his school. I reminded him to be hyper aware at all times, to know where the exits are, to think in terms of ease of escape. I reminded him to always treat people the way he wants to be treated, as he does already. I also reminded him that if something looks off, that he should say something. Then I told him that I loved him and sent him to get ready for bed. As he was climbing the stairs, I was struck by an awful thought…How many parents that lost their child on Valentine’s Day had given the same speech to their child?”

Something has to change. Can I Be Honest: Infertility sucks