My aunt is dead.  There’s no jokes.  No corny metaphors.  No #bloglife or click bait. This is real life.  This is happening.  Yesterday, I received a text from my mother (our preferred way to communicate) asking me to call her ASAP.  Shortly thereafter, I received a text from one of my aunts asking if I’d spoken to my mom.  I already knew something bad was about to be shared.  I called my mom and there wasn’t a “hi Mom” greeting.  It was “what’s wrong?”.  She couldn’t get the words out.  She couldn’t wrap her tongue around what she was trying to tell me.  It finally tumbled out…”Aunt C [name removed from privacy] is dead.  She ended her own life.  She…committed..she took her life..she’s dead”.  And I hit the floor. 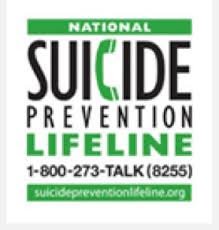 My aunt is the former wife of one of my uncles.  I was the flower girl in their wedding.  When they divorced, we all mourned the ending of their relationship, but not their friendship.  They remained cordial, then became friends who could still pick up the phone and laugh.  She and my mother were friends before they ever became related through marriage and it was not unusual for them to sit on the phone and talk for hours before the schedules of life pulled them apart.  Still, they would email or text or do a quick call just to check in.  She celebrated my marriage and was disappointed she couldn’t attend the wedding because of a conflict in her schedule.  I’m told she framed our invitation and the thank you note we sent after we wed.  She was a wonderful woman.

My mother explained that she didn’t show up at work.  No call.  No nothing.  This was highly unusual for her, so much so that her boss called my aunt’s sister, who called the police for a welfare check while she drove to the house herself quite some distance away. The police called her back while she was in route and told her not to come to the house, that she’d been identified, and not to come to the house.  The sister refused that and went to the house for her sister.  We don’t know what she saw, only that “the image is something that will never get out of [her sister’s] head”. Depression is horrible.

The same sister that saw that image had just seen her sister, my aunt, the day before her death.  She said she seemed anxious, but nothing in anyway would have let her sister think that she was contemplating suicide.  Depression is a liar.

My mother cried during the entire conversation.  We shared tears an she could not understand why my aunt hadn’t shared her pain.  Why she hadn’t said anything.  I have blogged on this subject before.  And once again…I’m blogging about it only this time it isn’t the boy down the street or someone on television.  This time, it’s inside the circle.  Is anything ever going to change.