Skip to Content
Home / faith / Lessons from the Kitchen
Yesterday, my son came to me and asked if he could prepare dinner. Specifically, he wanted to make one of the recipes included in his monthly cooking kit. As he loves to try and cook and he is more than of the age to be comfortable in the kitchen, I agreed to let him do so. The recipe cards are pretty straight forward and I passed them along to him with the guidance that he should take his time and call me if he needed me…It didn’t go well.

Bug didn’t do a proper inventory of ingredients before he started. So, some of the ingredients were missing. Fortunately, there were appropriate substitutes. Then, in his haste, he skipped recipe steps or moved faster than the recipes called (i.e. adding all the milk in at once instead of whisking it in in stages). He also missed the final step that called for the proper assembly on the recipe. When it came out, he was dejected and sad. He wouldn’t even try it at first and when he finally did, he was heartbroken. It wasn’t very good.

I sat down with him afterwards and told him him that he’d learned a very good lesson and reminded me of one as well. In kitchen recipes, like in life, you have to take inventory of you need, take your time, read the instructions, not go ahead of the instructions, and most importantly, complete the recipe.

This one struck me because I know many people, including myself, who have been guilty of this one. How many times have we taken our Bible and skimmed through a chapter or a verse to find that piece that is applicable to our situation, but leaving it completely out of context. I can’t tell you the number of times that I have seen spouses argue over the the submissiveness of a woman, only to completely miss the difference in Godly submission and earthy subservience. There are references throughout history of dictators, slave masters, and people of ill intent taking bits and pieces of scripture to justify their actions. In our Christian life, you can’t skim the pages of the Word. You have to deep dive into it. 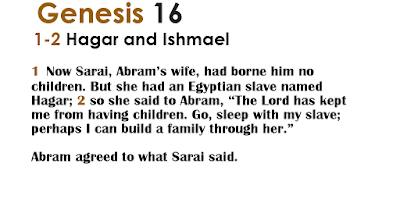 When we go ahead of the instructions that God has given us, when we skip steps or work to
make something happen on our behalf outside of the perfect will of God, the result can very easily become, as Bug said after tasting his creation, “not good”.  Walking in God’s instruction, step-by-step may be tedious, may be heart breaking at times, but it will always be for our good and His Glory. And finally…
Talking with Bug after the recipe was completed, I wondered what would have happened if Jesus had not completed the instructions and plan given to Him by the Father.  What is Jesus had skipped the steps of being beaten, scourged, humiliated, and pummeled simply because He wanted to avoid the difficult parts, or get quickly to the Resurrection part?  What if He skipped the crucifixion altogether?  Our salvation would have been lost.  There would have been no atonement for our sins.  There would be no living sacrifice, no perfect and blameless Savior.  We would have been lost.
God, our Father took an inventory of what was needed–a Savior to die for our sins, to stand on our behalf to the Father and intercede on our behalf against the devil who accuses us daily.  Jesus, our Savior took his His time to come into his appointed season.  The Bible discusses the birth of Jesus and Jesus as a child during the census where he was in the temple with the elders, but His works and ministry are not captured until years 30-33 of his life.  Jesus read the instructions.  Jesus was and is the instructions.  He carried them on His heart.  This was evidenced when He was tempted in the wilderness.
Matthew 4:1-11 (NIV) Then Jesus was led by the Spirit into the wilderness to be tempted by the devil.
2 After fasting forty days and forty nights, he was hungry.
3 The tempter came to him and said, “If you are the Son of God, tell these stones to become bread.”
4 Jesus answered, “It is written: ‘Man shall not live on bread alone, but on every word that comes from the mouth of God.’
5 Then the devil took him to the holy city and had him stand on the highest point of the temple. 6 “If you are the Son of God,” he said, “throw yourself down. For it is written:
‘He will command his angels concerning you,and they will lift you up in their hands,
so that you will not strike your foot against a stone.
7 Jesus answered him, “It is also written: ‘Do not put the Lord your God to the test.’
8 Again, the devil took him to a very high mountain and showed him all the kingdoms of the world and their splendor. 9 “All this I will give you,” he said, “if you will bow down and worship me.”
10 Jesus said to him, “Away from me, Satan! For it is written: ‘Worship the Lord your God, and serve him only.
11 Then the devil left him, and angels came and attended him.

Jesus didn’t go ahead of the instructions.  He didn’t skip the parts that were uncomfortable because he was familiar with how the story was supposed to go.  That’s our charge.  We have to follow the instructions that God has given us.  We aren’t to go ahead of Him just because we think we know the way.  We are to walk the path as it has been laid out before us.  Just like the recipe.
Jesus completed the instructions.  He completed the recipe.  He died on the cross for our sins.  He didn’t stop when the road was rough or the situations uncomfortable.  He maintained.  He moved forward.  He fulfilled that which He was given to do…until He will completely fulfill that great day when all of His brothers and sisters are caught up with Him to see His face and the face of His father.  That will be an amazing day!
And until it comes, I plan to remember all of my lessons from the kitchen…
-K

Weekend Recap: Of Winds and Nights Out