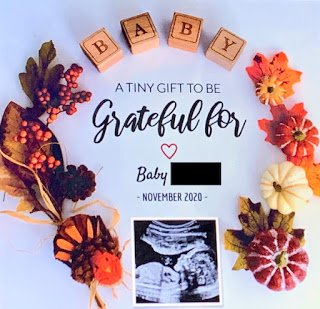 Yes!  It’s true!  S. and I are expecting child number 5!  Do you know how LONG I’ve wanted to tell you guys!  This is awesome and amazing and nothing short of miraculous.  Please know that this comes as a complete shock for us as this child has been conceived naturally without any medical intervention, and against all odds according to the doctors.  Everything looks good and healthy.  The heart rate is strong.  The baby is growing like it is supposed to and we are so excited.

So give us the deets!  How’d you find out?  My March cycle was delayed, but I didn’t worry.  I didn’t even test.  I’m always late in March.  I don’t know what it is about February’s 28 or 29 days that messes with my schedule, but since I can remember, March is always delayed…sometimes by two weeks or more.  Again, I don’t worry about it because the doctors always say “less than 5% chance”, right? 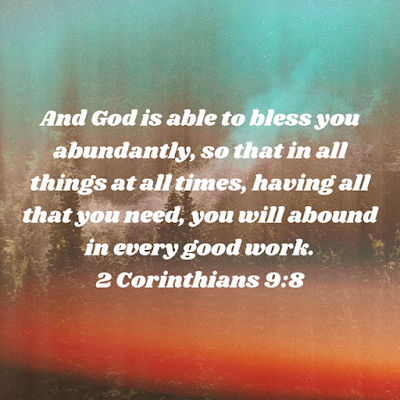 So, I was at work like normal.  I’d been cramping earlier in the week and assumed it was because I was due for my monthly visitor.  No worries.  I was helping a coworker at her desk and had been standing about twenty minutes when I suddenly felt like I was going to faint.  I felt ridiculously light headed and had to sit down immediately.  Now, a lot of you know that I am hypoglycemic. There are times my blood sugar just drops for no reason, so I figured this was one of those episodes.  My coworker gave me a fruit cup and flavored water, but neither worked.  I felt awful.

Since it was the end of the work day anyway, I decided to take my leave  As I was walking to my car, I thought to myself that I hadn’t felt this bad since my oldest son’s pregnancy.  As a matter of fact, it was how I discovered I was pregnant with him.  I suddenly had a ridiculous notion that I could possibly be pregnant.  After all, I was about two weeks or so late by now.

On the way home, I stopped by the pharmacy and picked up a three pack of pregnancy tests and a big bottle of prenatal vitamins…just in case.  I got home…and didn’t take the test.  I waited for about an hour or so until S. went on a bike ride with Bug.  I honestly didn’t think anything would come up, but I’d barely peed on the stick before the plus jumped up big and bold.  Yep.  I was pregnant!

Oooh!  How’d you tell S?  I cleaned the test off, wrote “Congratulations, Daddy”, and left it in his office on his laptop where I knew he’d go because he was working on classwork later.

How’d he react?  With such calmness.  😂  I promise I don’t think I’ve ever seen him “lose his cool” and be super excited lol.  He immediately prayed his thanks to God, gave a smile, and told me that this is what happens when your best friend is Jesus.  Lol, while he was surprised…I don’t think he was shocked.  S. has always believed that God would allow us to conceive without aid.

How are you feeling?  Pretty good now.  Very early on I felt ridiculously tired, as was to be expected.  Then, I felt a bit better.  I’m being cautious though. Despite taking prenatals and iron supplements, this baby has a need for iron.  I’m already diagnosed anemic and have been upping my iron intake accordingly.  As such, I am fatigued much more than I would like to be.  But no complaints! 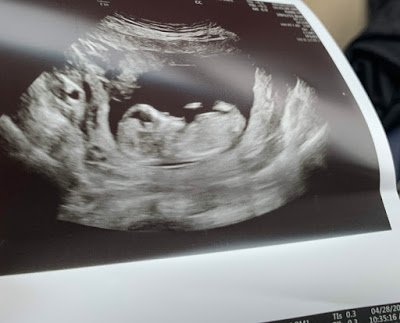 How far along are you?  I am 20 weeks. Halfway there!!! We’ve known since 7 weeks.  Do you have any idea how hard it has been not telling you guys!

Does anyone know?  Yes.  We told S.’s family during the Zoom call at Easter.  A couple of the family members weren’t yet on the call, so they missed the announcement. But they know now.  We also told my mother a couple of weeks later.  We delayed telling her because she is a nurse in NJ and with everything going on with COVID-19, we didn’t want her to worry about us down here.  The situation up there got kind of disheartening, so we decided to tell her so that she had something to look forward to.  That has been a blessing.  Everyone else is finding out with you all, so it should be pretty interesting from here on out.

What were the kids’ reactions?  Our kids lol.  I love our children.  Honeybee and Bug both said at the same time “my bad!”.  When we asked what they meant, both children explained that they’d been praying for another sibling.  WOW.

Are you craving anything? Yes.  I really want California rolls, crab cakes, and Chinese food.

So, there it is everyone.  I’ll start sharing some of the weekly bump updates and a few other things.  In the meantime, I hope you all have a very blessed day and continue to ride this journey with us! 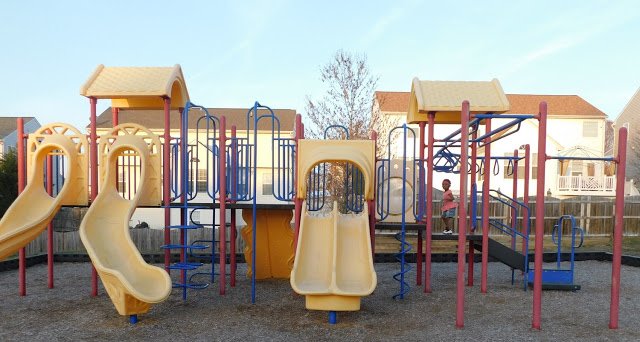 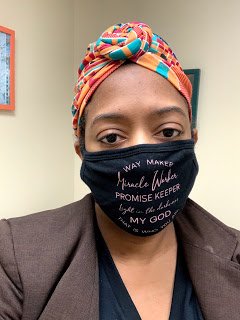