It’s been quite a while since I’ve written on the blog. I took some desperately needed time off from writing and social media to address some issues with my mental health as my anxiety, depression, and general angst were getting the better of me no matter what I did. I wasn’t sleeping well. I didn’t feel like I was being a great mom. I went through the motions of taking the kids to events and things on the weekends, but I felt like a fraud. I listened to the suffering and issues of friends and associates and helped when and where I could, but I felt like I was drowning. It was hard to pray. It was hard to take my medicine. So, I was just existing.

The ‘joys’ of working from home

While I have been working in person at my job a few times a week for quite a while, I truly spent most of my time working from home. This meant the youngest littles (1 and 3) could see me or at the very least knew I was there. So, it wasn’t unusual for them to bang on doors during meetings or demand to sit in my lap while I was working an issue on my computer. My husband was also working remotely, but due to the nature of his job, was sequestered in his office with the door closed. That meant entertainment or snacks or feeding, etc. fell to me on days when I was there. By the time the other children (5, 8, and 16) arrived from school in the evenings, I was tense, angry, and all touched out. Often, I’d go in the room and sleep after dinner or even shortly after they arrived home. A nap while my teen watched them which was grossly unfair to him.

Recently, an announcement was made at both my and my husband’s places of employment requesting workers return to in-person work on a more consistent basis. While this usually wouldn’t be an issue for me, it definitely presented a problem this time because my husband would be gone at the same time and beyond that I would be gone. We needed childcare immediately.

Let me tell you all something. Childcare is not cheap…at all. We called several daycare centers and all had prices that were outside our budget. We called sitters within our neighborhood and they were all booked for all-day childcare offerings. It was disheartening and we were preparing to make some serious modifications and sacrifices to make sure 1 and 3 were taken care of. Then, my husband located an in-home facility that had two openings. The rate was affordable and we went to tour the facility with the entire family. The kids played the entire time and were never uncomfortable. After the tour, my husband and I went home and discussed it and then confirmed our children’s attendance.

I was nervous as all get out. I was up at regular time and had gotten breakfast on the table while my husband got the littlest littles dressed. Soon they came downstairs excited to “go play” as they had the day before. We went through our morning routine, said good bye to Honeybee and A. as they mounted the bus, and we left as well.

When we arrived, the kids went in like they’d been going for years. They were excited and happy. I gave hugs, kisses, and I love you-s and out the door I went. I checked in only once and they were fine. When I picked them up, J. didn’t want to go. Our one-year-old hadn’t even noticed my arrival but was glad to see me anyway.

They smiled, hugged their providers, and then came out to the car. When I asked if they had fun, both said yes and both wanted to return the next day. I called that a win.

Since that day, I’ve noticed that my mental health and stress levels have been much better. I have a consistent morning routine that, instead of catering to Honeybee and A., now encompasses the entire little littles crew. It makes breakfast less chaotic because everyone’s end goal is to leave the house at or around the same time.

I enjoy the ride time with 1 and 3 as we point out school buses and big trucks, or listen to silence as sometimes the kids just want to take a bit of a morning nap on the way to the daycare. When we arrive, the kids scream “yay” with excitement and that makes me feel really good.

Driving to my place of employment means time to decompress with a favorite podcast or silent contemplation of the day. I have found that work doesn’t seem as frustrating as it has been in the past. I’m able to look at my three screens across my desk and knock out multiple tasks in a clean and uninterrupted efficient way, often in times much quicker than my dual-screens at home.

When the work day ends, I feel accomplished and don’t feel the need to log back on at 9pm, 10pm, and even midnight to catch about up something I didn’t feel truly comfortable with.

I am not going to sit and say that every day is perfect and I’m filled with the joys of peace. There are plenty of days of running around and schedule compromises, especially with a high schooler doing so many high school things lol. But I feel more capable these days and I know that everything will be okay. 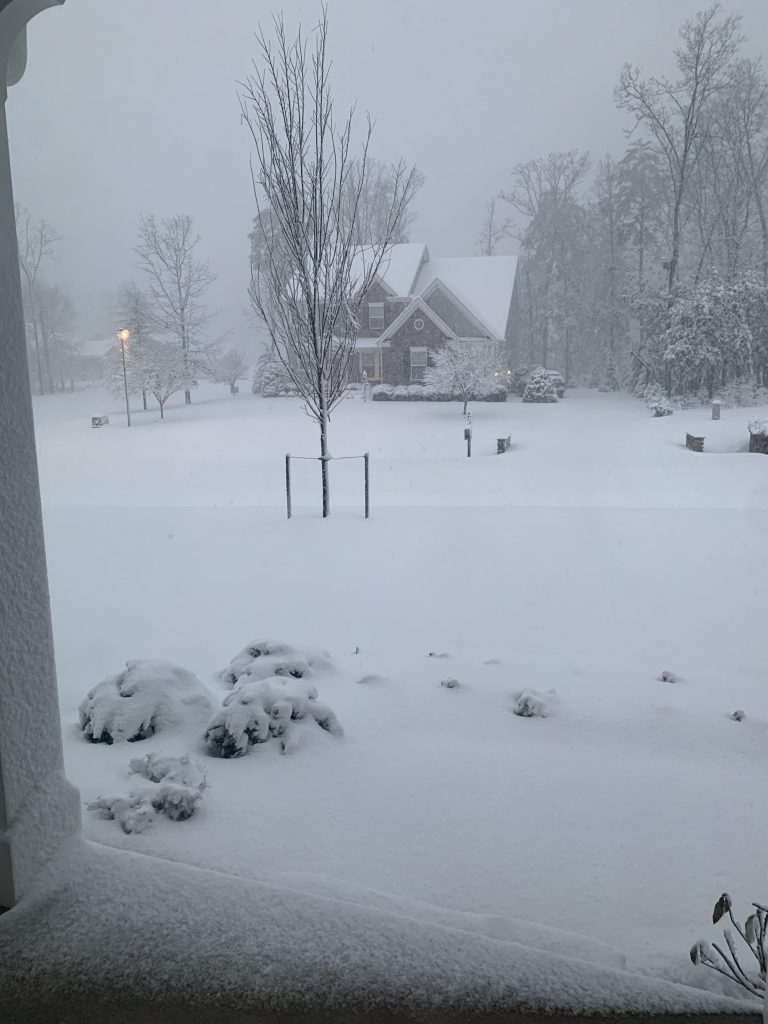