Hello everyone!  It’s been a little over two weeks and things are progressing pretty well.  Baby J. has had his two week appointment and is now 7 pounds, 2 ounces and 20 3/4 inches long.  He’s growing well and is a calm and chill baby, which is appreciated after his fast entry into the world.  He is a breast fed and formula fed baby as it became apparent early that I was not producing enough.  (I don’t want to hear the “you are enough” comments.  I know what my son needs and when he stopped screaming after receiving formula (after being on my breast for thirty minutes), I knew he needed additional. 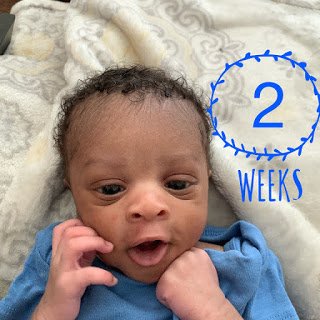 The kids have been great with J.  Bug loves to hold him and helps out if asked.  Honeybee would hold him all day if I let her.  Unfortunately, she is currently fighting a cold, so I am limiting her interaction with him to air kisses and standing outside his bassinet.  Hopefully, she will be 100% soon.  Baby A. is doing so much better.  When he first arrived, she was very clingy to S. because she didn’t quite understand what was going on.  Now she smiles, calls him “baby”, and watches him with sisterly pride.  I love it.

Because I was so certain (in my head) that J. was a girl, I didn’t purchase a lot of boy clothes.  I’m trying to catch up now.  Since the budget is super tight until I come off maternity leave, I’m watching sales.  I’m looking forward to finding the cute sweater sets I used to put Bug in when he was a little boy.  Hopefully, we can still find them.

Fortunately, I have some amazing friends, family, and colleagues.  I received a call today from one of my colleagues and she asked if I could pick up a bag of baby boy clothes.  She has several more at her house that she is sorting and wishes to love them down to me.  That’s an absolute blessing.

S. is enjoying his littlest man.  He holds him and has talked to him about being a Bears fan.  (Yes, he’s a die hard fan).  It will be very interesting to see how their dynamic grows as baby J. grows.  I imagine that I’ll see him and the kids in the man cave watching the game soon. 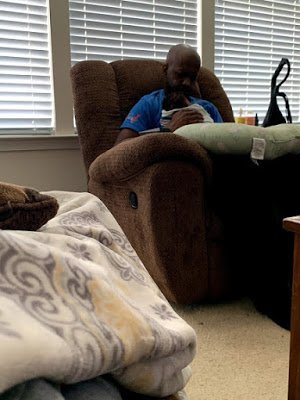 Speaking of which, we released the annual invite for our Fantasy Football 🏈 Draft and Potluck. This will be an opportunity for us to continue my winning streak (if I can concentrate) and for the family to meet Baby J. I’m fortunate that the family understands that we won’t be passing him around to a God and country until he is much older and immunized.  But I am really looking forward to introducing the baby to his first massive family gathering.

Here’s hoping you have an amazing day and weekend. We’ll talk to you again soon! 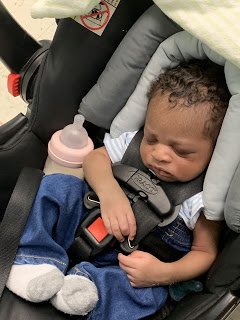 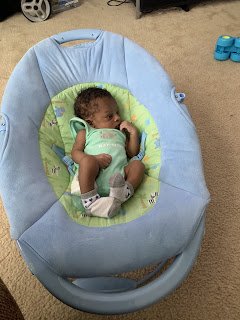