Today my sister and her husband celebrate 17 years of marriage!  I was pleased when I saw their social media post this morning and couldn’t wait to shower them with love and affection of my own.  I love their relationship.  Every time I see them, they genuinely love one another.  They look like they like one another.  They often fire jokes at each other and little inside jokes that make the other blush.  Looking outside in, they are a beautiful union.  I’m sure if you ask them, they will tell you that they love each other very much.  They will also tell you that they have walked through their own set of challenges as well just like any married couple will say the same.  Their love story got me thinking about marriages, mine in particular.

Shortly after my husband and I were engaged, I received unsolicited but appreciated marital advice from one of the elders in our family via email.  She said to me that “there will be one day when you will look at this man and wonder who he is and why on Earth you are with him”.  She then followed it with, “It is during those times that you must remember that it is God who bought you two together and it is God who will keep you that way”.  I count those words as the best marital advice I’ve received.

Marriage with my husband has been a journey.  There are days when I am head over heels in love with him and full of mental praise for all he is and does.  Then, there are days when I would rather not be around him for a while.  I don’t not love him in those moments, but I’m not really feeling in like for him.  I recognize that for many couples around the world the same is true.

As I was sitting here today thinking about a recent conversation and exchange that S. and I shared, I found myself speaking aloud to the negative thoughts that were attacking me.  I quickly affirmed that while my husband and I may disagree from time to time and while we both may possess a stubbornness for years, he is still mine.  Our relationship and our marriage is still my priority.  I will always fight for him and will always fight to make sure he is covered and secure.
I do this not because it is easy or because it is what I am supposed to do.  I do it because when two people become married, they become one.  We become better together, as one, and I’m not willing to give up on myself.

I recently stumbled across a blog post by Debbie Wilkins Baisden titled “Stop Being a Butthole Wife“.  On Debbie’s blog, Her View From Home, this article actually gave me pause at some of the choices I’ve made at times in our marriage.  Debbie spoke of the annoyance of her husband leaving clothes strewn about the house and then picking up the laundry behind him.  It was something that bothered her and she let him know, as well as let him know about other things too.

Sometime later he passed away and she realized that he wouldn’t be there to leave the laundry on the floor.  There would be no dirty socks to come home to and she grieved.  I won’t tell the rest of the story, but it does have an ending the made me smile, so pop on over to read it.

The story did remind me that some of the things I sweat are so small that my spending twenty minutes fussing about it is really a waste of time.  God forbid S. should be called home to Christ, I know I would miss a lot of the things I complain about.  It bothers me that S. sometimes ends up on my side of the bed.  I’ve never spoken to him about it primarily because there was a season where he was working nights and I didn’t see him.  While I enjoyed the space in the bed, I found that I missed his presence and his soft breathing.  I missed his body heat.  I missed him.  It was only a week and I kept the TV on until my eyes were almost drowned in sleep because I needed the additional noise.  I can’t imagine not having S. beside me at night and I know I would miss him terribly if he wasn’t.

(Oh, BTW, ignore the comments in the bottom of that post.  People took what she was trying to say and ran completely the opposite way of it.  I was kind of disappointed they missed the point.  But to each his own.) 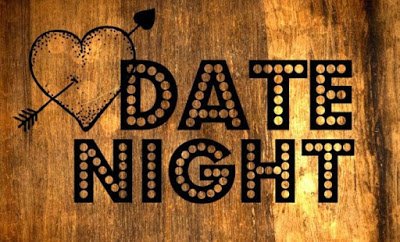 This weekend S. and I are having date night listening to one of our favorite comedians.  I’m hoping it’s a great evening and that we both laugh ourselves silly. I know that one of the keys to enjoying our marriage is the quality of the time we both put into it.  I’ll let you guys know how that works out later.

In the meantime, I’m going to keep speaking life into my marriage and love into my heart.  I encourage you to do the same in your relationships.  Above all, keep Christ first.  Everything else will fall into place.

-K
Need a little marriage inspiration?  Check out a few of my favorite pins on our So Frequently Frazzled and personal sites.

Children Have Love Languages, Too