I’ve been following the story of Anni and Ashot Manukyan since it hit the major news media circuits a few days ago.  Anni and her husband struggle(d) with secondary infertility and decided to use CHS Fertility to get pregnant via in vitro fertilization (IVF). 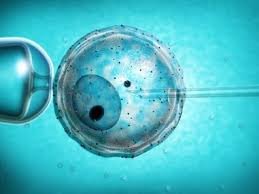 According to media reports, the clinic transferred two embryos thought to be the Manukyans’ into Anni’s uterus (aka the embryo transfer), but unfortunately the transfer was not successful and no pregnancy resulted.  Later, the couple would learn that Anni was not even implanted with her husband’s embryos, but those of another couple or couples.  However, one of the Manukyans’ embryos was implanted into the uterus of a different woman–a stranger–in Queens, NY thousands of miles away.  That transfer was success and resulted in the birth of twins on 31 March.  Neither of the babies was a genetic match to the mother and one was confirmed as the Manukyans’ child.

The Manukyan’s had to file a lawsuit to regain custody of their child and have also filed a lawsuit again the clinic for the mixup.  I feel that is ABSOLUTELY their right to do so.  I watched their press conference and Annie stated that she was robbed of the ability to carry her own child, of skin-to-skin, of the chance to nurse him.  Worse, she and her husband state the clinic KNEW it’d made a mistake and tried to cover it up. How absolutely awful.

A child is NOT a consolation prize.  This is not a runner up raffle gift.  I don’t understand how people can be so insensitive to that.”

What is even more awful is the Queens mother who gave birth to the babies that were not her own had to go home empty-handed as genetic testing proved the children were not hers.  That woman and her husband, who also struggle(d) with infertility thought they beat it, only to have that victory destroyed.  They have also filed a lawsuit.  I cannot imagine their pain.

As stories that find their way onto social media often do, the comments sections of this occurence have been full of people who say that Anni and her husband should have let the Queens mother have the child.  I completely disagree.  It took S. and I five years to conceive a child via IVF.  The joy of carrying that child was nothing compared to holding our child in our arms and smiling at the similarities of S.’s nose and my eyes.  I couldn’t imagine being told after one of our failed attempts that there was in fact a little us out there, but because someone else bore her, we couldn’t have her and it would “nice if we would just let the other couple raise her”.  A child is NOT a consolation prize.  This is not a runner up raffle gift.  I don’t understand how people can be so insensitive to that.

Today, there are three couples, each grieving in a different way.  Two couples grieve the loss of a pregnancy and six weeks of bonding with their child (the length of time it took to have their children returned).  One couple grieves the loss of not one, but two children whom they prepared for, loved, and nourished.  The most heartbreaking part–the Manukyan’s have one more embryo in this clinic.  But the clinic has no idea where it is.

So how does this happen?  Obviously protocols were not followed.  When S. and I went through the transfer process, the embryos were labeled in their dish.  Our bracelets were viewed to verify that we were the right recipients.  We then had to give them a verbal confirmation of our name, birth dates, and SSNs.  Finally another worker verified again right before transfer.  There were levels upon levels to make sure this didn’t happen.

I wonder if CHS didn’t have these or simply didn’t follow.  With this happening to three couples, how many more are experiencing the same that haven’t questioned the DNA yet?  The only reason the Queens mother did the genetic testing was she and her husband are of Asian descent.  Neither of the babies born to her were.  That’s how they knew something was wrong.  What is someone else is in the same boat except they carry similar characteristics? How would they know?

I expect a great investigation of the facility will occur.  I also expect a lot more is going to come out than is realized.  Specific questions will include whether this is a local facility or company-wide issue.  Either way, I feel horrible for all involved and pray their peace.