Skip to Content
Home / CIBH / Thursday Truth: The Battle of PPD– Yes, I Take An Anti-depressant. Yes, I Am STILL a Good Mother. 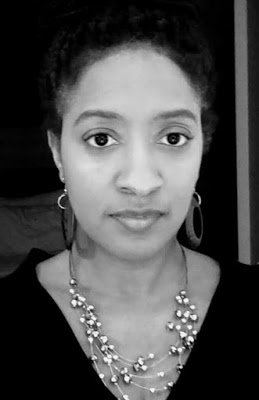 The American Psychological Association© says “1 in 7 women experience postpartum depression.  PDD doesn’t go away on its own and can appear days or even months after delivering a baby.  It can last for weeks or months if left untreated”.

A while ago, I was sitting with family members discussing depression, causes of depression, and the resultant treatments for said depression. The family members had discovered medical backing that explained some of the things they were going through and were excited that there was ‘an answer’ because they knew the depressive nature was out of character for themselves.  When the conversation switched to possible recommended treatments, discussions of anti-depressant and anti-anxiety medications were had and several reasons for reluctance to try those were mentioned.  One reason was a scenario observed in other friends’ marital situations where the use of anti-depressants and anti-anxiety medication was seized upon in divorce or court proceedings as validation of declaring a parent unfit.

I listened silently not giving my opinion.  The subject turned to something else and I found myself in ponder later that afternoon.  According to Psychiatric News, “Between 2011 and 2014, approximately one in nine Americans of all ages reported taking at least one antidepressant medication in the past month, according to national survey data released by the Centers for Disease Control and Prevention (CDC).”  Here in 2019, that number has increased and I am one of the Americans who take antidepressants. 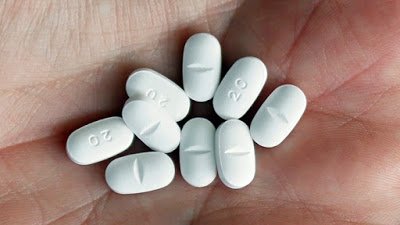 For me, my mood reached a sad state after the birth of baby A. On the day I bought her home, S. and I actually had a terrible argument that I can’t even remember right now. But it lasted the entire ride home…on the day we were taking our daughter to her new home. When my mother visited two weeks later, I cried—tired both physically and emotionally. I was spent and felt like I was all alone. I recognized the symptoms of baby blues and expected it to correct itself as it had with my son years earlier. Only it didn’t. I felt worse. I was still engaging with the children, but wasn’t really interested in running around outside or energy-draining activities. I could care less about people visiting the house or anything like that. Slowly a cloud was coming and I couldn’t shake the feeling of having to be “on”—performing like I was doing wonderful when I felt like I was going to crawl out of my skin.

Finally, a year after my daughter was born, I hit a breaking point. I was sitting in my office parking lot and had such a scary thought and moment that I called my Ob/Gyn’s office and asked to see her because I thought I may be suffering from PPD. Her secretary told me that she would probably “just refer me to a psychiatrist” and that she could leave her a message if I wanted as she wasn’t available. I couldn’t seem to get the secretary to see the desperation I was feeling in the moment. I felt helpless and suddenly in a moment of pure friendship, a friend’s name came to mind. I dialed her number and at 10AM was at her doorstep bawling my eyes out. Thank GOD for her!

She recognized immediately what was going on with me as she had experienced similar  She sat with me, made a doctor’s appointment immediately, and calmed my withering, whimpering self down so I could focus. When I finally met the doctor a couple of weeks later, she immediately recognized my symptoms, gave me options that included non-medication.  We discussed those options and settled on a very low dose of a popular anti-anxiety/antidepressant.  I told no one I was taking it.  I just did.
By week two, I felt the old me returning.  The children could scream at the top of their lungs and I was fine.  The tasks of working full time, while caring for three children and a husband, seemed much more manageable.  I was okay.  I was making it.  I was smiling.  I was, as one of the elders said, glowing.  My son mentioned that I seemed happier and less irritable.  It broke my heart that he noticed that, but I was glad he saw a positive change.
During the entire time I was experiencing PPD, my children were never mistreated.  They were always fed, well clothed, and well taken care of.  I took them to mommy-child activities.  We went on walks, went to restaurants, talked and joked.  I was every bit a good mother.  I just wasn’t a great one.  I wasn’t a great me either.  And I wasn’t alone.
The American Psychological Association© says “1 in 7 women experience postpartum depression.  PDD doesn’t go away on its own and can appear days or even months after delivering a baby.  I t can last for weeks or months if left untreated”.  I waited for a year because I thought I could get through what I was feeling on my own.  The additional of the medical treatment has helped me greatly.
I don’t have to take the tiny pill every day, especially now that I am expecting.  Working with my doctor, I know that I take as needed.  So far my down time has been three days.  Afterwards, I take one of the pills because I can truly tell the anxiety and difference and I am STILL a good mother.  I still bathe my children, wash hair, do hairstyles, help with homework, communicate with teachers, and plan fun trips.  I still give hugs and kisses and cover my children with prayers.  The correct use of a prescribed medication in no way makes me a poor mother.
If ever, God forbid, S. and I decided to go separate ways, I would hate to think that the occasional use of a prescribed anti-anxiety/anti-depressant would be the basis for a sole custody filing. Sitting there listening to the scenario of others being discussed across a table was certainly very disarming to me.
A few people know that I am taking this medication, my husband included.  Those who know understand that I am not a bad person nor a “crazy” person.  I am simply a woman who knew the best thing to do for myself and my family was to seek medical advice on how to be the best me possible.  There is nothing wrong with that.
When the test confirmed that S. and I were expecting a new baby, I immediately contacted my doctors and asked their opinions.  Should I stop taking the meds?  What dangers would I be posing to my baby in uterero? What did “Dr. Google” say?  After earnest conversations with my doctors (Obstetrician, clinician, etc.), it was determined that the brand I currently use is considered safe in pregnancy.  We kept my dosage low.  We monitor the baby closely.  We also know that I can take as needed.  By the time the baby arrives in August, I do plan to be weaned down to the lowest possible level as I would like to nurse.  That being said, as my doctor put it, ‘if you aren’t stress free, then neither is your baby’.  If the low dose keeps me happy and stress free, then it’s a win for everyone.
I share all of this to say with all of the women who are no coming forward sharing their stories of PPD and the use of antidepressants during pregnancy, it would be a shame for a generalized blanket of “bad mother” to be thrust upon them.  No one thrusts that title of “bad father” on a man who takes testosterone as a prescribed enhancer when they are losing their vitality and depression comes as a result.  The same should absolutely be held for women.
I definitely recommend you read the article Chrissy Teigen did for Glamour.  It’s very well done and explains what so many mothers worldwide have experienced and are experiencing in silence.
Related Tidbits:
Did you know?
A few fierce mamas sharing their stories….
Resources for Postpartum Depression Support